Why Russia’s Vostok-2022 Military Exercise Is So Controversial 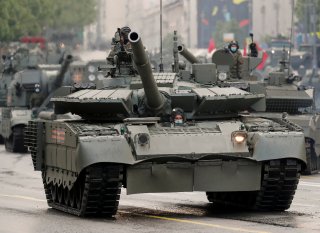 "During the main phase Russian troops in cooperation with military contingents from Azerbaijan, Algeria, Armenia, Belarus, India, Kyrgyzstan, China, Mongolia and Tajikistan, acting as a coalition group, will conduct a joint strategic operation in the Eastern Theater of Operations,” Russia’s Defense Ministry announced on Monday. The Russian Defense Ministry said the exercise, which is being held on the Sergeyevsky training ground in the Primorye region of Russia’s Far East, will involve over 2,000 foreign troops. Officials say the drills will be carried out in three stages. First, the “counterattack group” will engage the notional enemy at intermediate range. The coalition units will then execute a first strike against the enemy’s command infrastructure and missile defenses, followed by a full-scale ground offensive with air and artillery support.

China’s participation in the Vostok-2022 drills will reportedly encompass 2,000 military personnel, twenty-one fixed-wing and rotary-wing aircraft, and 300 vehicles and other pieces of military equipment. Chinese state news outlet CGTN shared a brief clip of Chinese People’s Liberation Army Navy (PLAN) units, including the Type 055 missile destroyer Nanchang, Type 054A missile frigate Yancheng, and supply ship Dongpinghu, participating in an earlier stage of the drills that involved live-fire exercises in the Sea of Japan. The Russian Defense Ministry said over 50,000 troops and 5,000 pieces of military equipment, including 140 aircraft and sixty warships, will participate in the 2022 edition of the Vostok exercises. The British Ministry of Defense questioned Moscow’s estimates last week, claiming that the number of actively participating personnel will likely be no more than 15,000.

Japanese chief cabinet secretary Hirokazu Matsuno criticized Russia on Monday for holding parts of the Vostok-2022 drills on two of the four disputed Kuril chain islands that Japan claims as its territory, according to the Washington Post. Matsuno said six Russian and Chinese warships were spotted firing machine guns into the Sea of Japan less than 120 miles from northern Japan’s Cape Kamui.

Vostok—Russian for “east”—is the latest in a rotating cycle of quadrennial Russian drills, preceded by Zapad (“west”) 2021, Kavkaz (“Caucasus”) 2020, and Tsentr (“center”) 2019. The Vostok-2022 drills are being held from September 1 to September 7 across nine training grounds of Russia’s Eastern Military district, as well as designated maritime and coastal areas in the Sea of Japan and the Sea of Okhotsk.