Will China Be Russia’s Technological Lifeline in the Arctic? 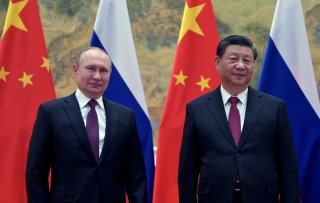 Since the Russo-Ukrainian War began, the European Union (EU) and the United States have announced an array of sanctions to limit Russia’s economic and military power. The sanctions will also affect Russia’s Arctic strategy, which aims to expand the use of the Northern Sea Route and produce 20 percent of global liquid natural gas (LNG) exports by 2035.

In particular, the EU’s fifth package of sanctions against Russia restricts the export of technological equipment necessary to expand oil and gas production in the Arctic region. The sanctions also compel international companies such as British Petroleum (BP) and Shell to cease operations in Russia. Increasing pressure on Technip Energies to stop cooperating with Russia and International chemical giant Linde's announcement that it will exit Russia may put Russia’s LNG industry at risk.

There are a number of debates about whether China can replace western technologies in Russia. Technologies from developed countries play a critical role, especially in the Arctic, where the construction of ice-class LNG tankers and the exploration of oil and gas fields, both onshore and offshore, has already taken place.

In the context of shipbuilding, ice-class LNG tankers play a key role in transporting LNG to different destinations in harsh weather conditions. Without the latest technology, Russian companies lack the technological capacity to build LNG carriers. Despite the Russian company Zvezda’s cooperation with South Korea’s Daewoo Shipbuilding and Marine Engineering (DSME) to improve its technological potential for building LNG carriers, it seems unlikely that Russia will be able to independently build its own ships by 2025.

Now, Russian companies are making deals with both Chinese and Korean shipbuilding companies to acquire Arc4 and Arc7 ice-class LNG carriers. Due to the increasing sanctions against Russia and the worsening business environment, Russian companies are facing payment difficulties, which have caused orders from LNG carriers to be delayed and canceled. The cancellation of one of the newly built DSME LNG carriers due to Sovcomflot’s missed payment deadline shows that sanctions are already starting to affect Russia’s Arctic plans.

DSME’s shipbuilding technology is particularly important to Russia, as Chinese companies only have the capacity to build Hudong-Zhonghua conventional LNG tankers, while the more technologically sophisticated Arc7 tankers are built by DSME. Although Chinese companies have attempted to improve their ability to build ice-powered LNG carriers, they still rely on foreign technology and equipment. At this point, if any deliveries to Russia are canceled, neither Russian nor Chinese companies can build ice-capacity LNG carriers to replace foreign-built models, at least in the near future.

In addition to its need for shipbuilding technology and technological equipment, expanding oil and gas production at both onshore and offshore fields will present another challenge for Russia. Despite Russia’s strategy of import substitution to develop its gas and oil technology, it still lacks the more advanced technologies needed for drilling. Without Western technology, China can only partially replace the equipment of international companies.

China demonstrated its ability to develop equipment for Arctic exploration and oil production with the success of Yamal LNG, a natural gas venture where 80 percent of the equipment was manufactured in a Chinese shipyard. Due to Western sanctions, China has supplied these projects with its own capital and technology in order to make them possible. With Yamal LNG, Chinese companies not only diversified their portfolios but also demonstrated China’s entry into the high-end oil and gas equipment market by providing technology such as Module Fabrication Work Package 1, one of the core pieces of necessary equipment. After Yamal LNG, Chinese companies took part in the Arctic LNG 2 project, in which CNOOC International and the China National Petroleum Corporation (CNPC) both held 10 percent shares. Thanks to increased experience and technological progress, Chinese companies are producing modules for the Arctic LNG 2 project.

Secondly, despite Chinese companies discovering new offshore gas fields in the Kara Sea, Russian and Chinese success in the Arctic seems doubtful in the future. Despite the success in onshore drilling, it remains difficult to copy onshore equipment and technologies in the offshore energy sector due to the limited platform range.

Thanks to these Chinese companies, especially CNOOC, and their extensive exploration in the Bohai and South China Seas, China has improved its core technologies for large-scale, offshore heavy oil thermal recovery and deep-water oil and gas field development. However, China still relies on Western companies for importing critical equipment, such as high-specification anti-corrosion pipes. In addition, because of extreme temperatures and ice in the Arctic, extraction equipment differs from that used in deep-water operations, preventing its redeployment to the Arctic.

Lastly, even if Chinese companies could replace Western technology in the Russian Arctic, there are still other challenges that discourage companies from getting involved in Arctic energy exploration. For starters, growing sanctions on Russia have already affected Chinese energy companies’ willingness to engage with Russia. Sinopec's suspension of talks for a joint gas venture in Russia and the decision of Chinese shipyards to cease cooperation with Arctic LNG 2, for example, show that Chinese companies are afraid of facing secondary sanctions and losing access to Western markets.

Moreover, the high investment costs and long payback time simultaneously discourage Chinese companies from involvement in oil and gas exploration in the Arctic. Finally, it is doubtful that Moscow will allow China to increase its position of power in the Arctic at the expense of Russia’s influence. Russia’s import-substitution strategy and preference for its national champions suggest that Russia may be hesitant to allow Chinese companies to increase their involvement in Arctic energy exploration.

In summary, while Chinese companies have demonstrated their ability to partially replace Western technology in the oil and gas fields, including the development of offshore energy plants and the construction of ice-class LNG carriers, they are still behind Western technology. Without the technology of the main international energy companies, the development of energy fields in the Russian Arctic or the expanded use of the Northern Sea Route seems doubtful. In addition, the sanctions imposed on Russia and the high costs of energy exploration in the Arctic may hinder the investments of Chinese companies. This will likely slow down Russia’s Arctic strategy in the short term and damage Russia’s position in the international energy market in the long term.

Yunis Sharifli is a Research Assistant at the Middle East Institute. He also works as a Junior Research Fellow at the Caucasian Center for International Relations and Strategic Studies (QAFSAM) and at the Topchubashov Center in Azerbaijan.