Will India’s New Submarine Fleet Be Ready by 2030? 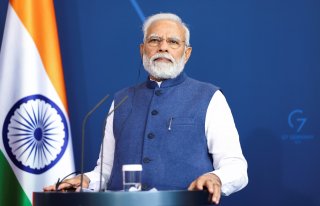 The Indian Navy’s thirty-year plan for the submarine building was approved by the government’s Committee on Safety (CCS) in July 1999 but has been “in the doldrums” for many years.

The plan called for the commissioning of twelve submarines, known as Phase I, by 2012. Another twelve indigenously designed P-76 submarines were due to be commissioned between 2012 and 2030.

The commander of the Indian Navy has warned the Ministry of Defense that every year, the situation with the submarine forces is deteriorating against the backdrop of the growing power of the Chinese People’s Liberation Army Navy.

On October 5, 2005, a formal deal for the P-751 was signed for building six submarines of Scorpene design, adapted to unique Indian requirements, with complete knowledge transfer. Thales was the prime collaborator, while Mazagon Dock Limited (MDL) was the prime contractor. Exocet missiles and the Subtics Combat system were also negotiated. The program is still in progress. The boat has been adapted from the French Scorpene design.

The fifth, INS Vagir, was launched in November 2020 and is now conducting sea testing before being commissioned by the end of 2022. On April 20, the sixth submarine was launched into the Kanhoji Angre Wet Basin at MDL.

In tandem with the talks for the Scorpene design under P-751, the discussions for the design to be purchased under Project 75, which was supposed to be of Russian origin, proceeded with Rosoboronexport (ROE) for their offer of Amur 1650 design submarines. These negotiations, which centered on design criteria suitable for Indian circumstances, and the transfer of technology, were finished by December 2001 with MDL and Larsen & Toubro participating.

Later, the air-independent propulsion (AIP) clause was added to Project 75 and it was opened to Western companies. Since then, P-751 has been unable to close and there have been three failed tenders. The suitability of the AIP for Indian submarines capabilities is debated by experts but not by the Indian Navy.

The Swedish group Saab and its shipbuilder Kockums were the first to withdraw in 2020, and German specialist TKMS had also announced its intention to withdraw in October 2020, leaving only the Russian Rubin with the Amur-class, Spanish Navantia with the S-80, South Korean Hyundai with the DSME-3000 derived from the Dosan Ahn Changho-class, and French Naval Group with the SMX 3.0 to compete.

At present, only Spanish Navantia with the S-80 and South Korean Hyundai with the DSME-3000 are left in the fray.

The Indian Navy plans to review its requirements and send it to the Ministry of Defence for a re-tender. Project 75 is expected to take another decade to come to fruition.

In Phase II, twelve indigenously designed submarines were supposed to be built utilizing the best elements of Phase I. It was purposefully determined to have two distinct design sources to avoid any future consequences resulting from political and strategic concerns.

The submarine, which is being built by the Director General Naval Design, is still stuck in the design stage. The status of the submarine program is not known yet, and it may be contingent on the selection of the P-75I submarine. Most likely, the SSN project is expected to materialize before the P-76.