Will Macron Have a Successful Second Term? 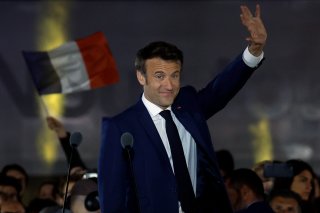 The 2022 French presidential and parliamentary elections have significantly shaped the current dynamics of the country’s politics. Incumbent President Emmanuel Macron became the first French leader in twenty years to be re-elected for a second five-year term, winning over fifty-eight percent of the vote against his challenger Marine Le Pen. Macron’s promises to revitalize the economy, mitigate inequality, and augment France’s reactions to global crises helped him secure a resounding victory. Although Macron was victorious in his election, this success was not replicated in June during the French parliamentary election. Macron’s centrist alliance, known as Ensemble (Together), lost its absolute majority in the legislature, amid gains by a new left coalition and historical gains made by the far-right. These all revealed an unprecedented configuration of disturbing trends in French democracy.

First, the elections revealed the growing popularity of the far-right under Marine Le Pen, which is a significant political development in modern French democracy. The political competition for the presidential Élysée Palace between the centrist Macron and the far-right Le Pen precipitated a cleavage between a pro-globalization, pro-European candidate who supported the tenets of the international order and an anti-globalization, anti-European, anti-immigration candidate who regarded openness to the world as a threat to social equality and ethnic identity. Macron was widely regarded as the president of the affluent while Le Pen was viewed as an advocate for low-income French citizens.

In 2017, Macron trounced Le Pen‘s national populist message thanks to a dose of good fortune, a demonstration of political acumen, and the deep anxiety and antipathy that the French public felt toward Le Pen and her nationalist party, the National Rally. This victory brought joy and optimism to the media and Europe’s political establishment. However, Macron could not meet the expectations of either the French electorate or European political leaders during his first term in office due to numerous political challenges. Macron’s divisive approach to governing and the perception that he was the president of the rich led to the gilets jaunes (yellow vests) protests. These converged with major international challenges including the foreign policy of the Trump administration, Brexit, the Covid-19 crisis, and economic upheaval. After taking stock of voters’ frustrations, Macron appointed Labor Minister Elisabeth Borne as his new prime minister to work together and help implement his ambitious domestic and foreign policy agenda.

When Le Pen took over the far-right National Rally party (previously known as the National Front) from her father Jean-Marie Le Pen in 2011, she transformed her party by expunging the most radical and extremist features of its platform (anti-immigration, anti-Islam, racism) and her public persona, and mostly concentrated on defending France’s traditional values and sovereignty. This helped her appeal to French voters across the political spectrum. Even though the rebranding of the National Rally was only an attempt to disguise its divisive and radical ideology, Le Pen’s party has cemented itself as a cornerstone of French political life. In the 2022 presidential election, Le Pen won almost forty-two percent of the vote, which would have been unthinkable just a few years ago. Macron will be restricted from running again in five years due to term limits but a re-invigorated Le Pen could also run for the presidency again.

Second, the elections demonstrated the collapse of the traditional party system and the growing popularity of extreme and radical parties. After Macron’s victory over two prominent parties of the Fifth Republic—the Socialists and Republicans in 2017—these long-established parties showed no signs of recovery in the 2022 elections. The center-left Socialist Party has lost much of its influence and popularity, partly since it has become the bulwark of urban middle-class intellectuals, whose constituency was largely found in universities and public sector unions. A considerable number of leading members of the party were typical socialists, firmly embedded in the privileged classes of Parisian society. As a result, it largely overlooked the will and dreams of France’s working classes. In the 2022 presidential election, center-left presidential candidate Anne Hidalgo received less than two percent of the total vote, which was the lowest-ever number of votes received in the party’s history.

Before the French parliamentary election in June 2022, the center-left Socialists joined La Nouvelle Union Populaire Écologique et Sociale (NUPES) which was led by the hard-left leader and former Marxist Jean-Luc Mélenchon of La France Insoumise (France Unbowed) in an alliance with the Green and Communist parties. This new left-wing alliance became the largest opposition force by capturing  131 of the 577 seats in the national legislature (although opinion polls showed it could have done even better). This historic performance prevented Macron from having undisputed control of parliament, which he enjoyed during his first term. Macron’s Ensemble, which won 245 seats, fell far short of the 289 needed for a parliamentary majority. At the same time, the National Rally became the second largest opposition party, increasing its number of seats from eight to eighty-nine. These factors illustrated the fall of long-established center-right and center-left fulcrums and the rise of anti-system parties.

Finally, the exacerbation of domestic socio-economic circumstances not only increased political polarization along party lines but also exposed the divide between rich and poor and affluent urban centers and neglected rural areas. In his first term, Macron managed to reduce unemployment to 7 percent in 2022 because of labor market reforms. Moreover, Macron modified France’s high tax rates which led to a boom in foreign direct investment. However, France’s public debt rose dramatically from 100.7 percent to 112.9 percent while budget deficits also increased.

During his presidential campaign, Macron promised to address pressing issues such as the cost of living and moving toward full employment. His key domestic proposals included reforming benefits, cutting taxes, and raising the retirement age from sixty-two to sixty-five. Another critical crisis that Macron promised to address was the collapsing hospital system. Due to a lack of resources and personnel, a number of emergency departments were struggling to operate on a full-time basis, which gave rise to protests and strikes by hospital employees. Furthermore, Macron also promised to enact a major environmental law to develop renewables and move toward carbon neutrality.

However, left-wing and far-right parties in parliament have very different ideas on how to tackle these issues. The left-wing NUPES party under Mélenchon campaigned to lower the retirement age, increase the minimum wage, and levy taxes on the wealthy. At the same time, his staunch ally Eric Coquerel from La France Insoumise is now the head of the French parliament’s powerful finance committee, which plays a key role in approving the state budget and supervising how public funds are spent. Furthermore, the Republicans will not easily grant their support for Macron’s pension reform plan.Given this political fragmentation, Macron is obliged to share state power and policy oversight with extreme rival parties to push key legislation and implement his planned reforms.

These factors pose risks for Macron as he looks ahead to the challenges facing him in his second term. The prospects for a successful Macron presidency are still relatively bright, however, he might end up being more focused on domestic issues, which will have broader implications for foreign policy and France’s international reputation.