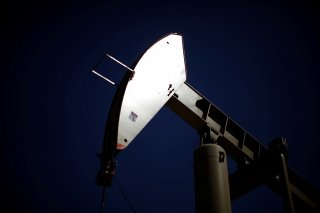 The new levels are equivalent to putting an extra 350 million cars on the world’s roads or doubling the total emissions of Germany or France, according to new research by several institutions, including NASA, Yale and Stanford.

Rising methane levels, combined with carbon dioxide and other greenhouse gases, have the potential to warm the planet’s atmosphere by 3 to 4 degrees Celsius before the end of this century—which would have catastrophic consequences for millions, if not billions, of people worldwide.

Africa and the Middle East, China, and South Asia and Oceania witnessed the steepest rises in methane emissions, with the United States close behind. In America, the increase has been driven largely by the expanded use of natural gas.

The findings are outlined in two papers published in the journals Earth System Science Data and Environmental Research Letters.

Since 2000, the largest increases in methane emissions came from the agricultural sector, particularly from livestock like cattle and sheep, and the fossil fuel industry, which includes both coal mining and oil and gas production.

“Emissions from cattle and other ruminants are almost as large as those from the fossil fuel industry for methane,” Stanford University scientist Rob Jackson, who leads the Global Carbon Project that contributed to the studies, said in a news release.

“People joke about burping cows without realizing how big the source really is.”

In 2017, the last year when complete global methane data was available, Earth’s atmosphere absorbed roughly 600 million tons of the colorless, odorless gas that is 28 times more powerful than carbon dioxide at trapping heat over a 100-year span.

In all, researchers concluded that human activities accounted for about 60 percent of the world’s methane emissions.

Scientists are studying the best possible ways to minimize methane emissions in agricultural practices, such as experimenting with changes in the diets of cattle and sheep. But slowing greenhouse gas emissions will also require major changes to the human diet.

Amid the coronavirus pandemic, carbon emissions plummeted as manufacturing and transportation ground to a halt, but similar declines are not anticipated with methane.

“There’s no chance that methane emissions dropped as much as carbon dioxide emissions because of the virus,” Jackson said. “We’re still heating our homes and buildings, and agriculture keeps growing.”