Could A Giant Sea Creature Be the Key to Fighting Climate Change? 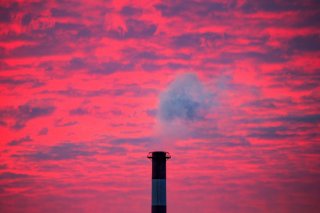 Giant larvaceans are squishy tadpole-like animals that have giant balloons of mucus about three feet wide surrounding them.

They may not look like much, but researchers have discovered that they can play a huge role in helping the ocean remove carbon dioxide from the atmosphere.

The study, which was conducted by researchers at the Monterey Bay Aquarium Research Institute (MBARI) and published in the journal Nature, tapped into a new next-gen laser system that provided 3D imaging of the deep-sea animals and their mucous filters.

“Mucus is ubiquitous in the ocean, and complex mucus structures are made by animals for feeding, health and protection,” the paper’s lead author Kakani Katija, principal engineer at MBARI, said in a statement.

“Now that we have a way to visualize these structures deep below the surface, we can finally understand how they function and what roles they play in the ocean.”

Larvaceans, which range from less than 1 centimeter to about 10 centimeters in length, are abundant throughout the planet’s ocean basins. Despite their frail-looking bodies, larvaceans are able to remove massive amounts of carbon-rich food out of the surrounding water.

Larvaceans use their tails to constantly pump water through their filters—at times amounting to 21 gallons an hour. Eventually, when their mucus filters become clogged, the animals release the mucus. This netting of mucus, packed with carbon-rich particles, then collapses, sinking a significant load of carbon and microplastics to the deep-sea floor. The trapped carbon is then kept from reentering the atmosphere.

Combining 3D models of larvacean filters with observations of flow patterns through the filters, Katija and her colleagues were able to identify the shape and function of the inner filter’s different parts.

“Now we have a technique for understanding the form of these complex structures, and how they function,” Katija said.

“No one has done in situ 3D reconstructions of mucus forms like this before. Among other things, we’re hoping to understand how larvaceans build and inflate these structures. This could help us design better 3D printers or build complex inflatable structures that could be used in a number of environments.”