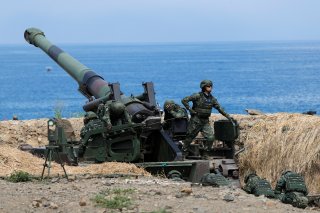 Following a sharp increase in tensions across the Taiwan Strait—prompted by House Speaker Nancy Pelosi’s visit to Taiwan over strenuous objections from mainland China—the Chinese government released a white paper titled “The Taiwan Question and China's Reunification in the New Era,” which details its official narrative on Taiwan’s relationship with the mainland and insists that the island has always been regarded as a part of China throughout history.

China’s official Xinhua News Agency, which publicized the white paper, claimed that it had been released to “reiterate the fact that Taiwan is part of China, to demonstrate the resolve of the Communist Party of China (CPC) and the Chinese people and their commitment to national reunification, and to emphasize the position and policies of the CPC and the Chinese government in the new era.”

“Taiwan has belonged to China since ancient times,” the white paper claimed, adding that the “one-China principle” has a “sound basis in history and jurisprudence.” To support this contention, the paper cited United Nations General Assembly Resolution 2758, which formally expelled the Republic of China (Taiwan) from the UN and replaced it with the People’s Republic of China (mainland China). The white paper said that the “legal authority” of this decision “leaves no room for doubt and has been acknowledged worldwide,” including by the United States.

The report also quoted Sun Yat-sen, the first president of the Republic of China and a widely respected figure among both Chinese and Taiwanese leaders, who wrote that “unification is the hope of all Chinese nationals.” It framed the ongoing Taiwan issue as an extension of China’s pre-World War II division, claiming that its resolution would be the final step toward full Chinese unification and “national rejuvenation,” which it claimed was the “historic mission” of the ruling Communist Party and President Xi Jinping.

The paper also framed efforts towards Taiwanese independence as the result of “external forces” attempting to weaken China. It insisted that it would create “vast space for peaceful reunification,” but explicitly stated that the “use of force” to bring the island under its control remained an option as a last resort.

Taiwan has been governed separately from mainland China since the Communist Party’s victory over the Kuomintang in the Chinese Civil War in 1949. Following their loss, Kuomintang leaders fled to Taiwan, maintaining the Republic of China in exile and holding China’s permanent seat on the UN Security Council until 1971.

Taiwan’s status is complicated by the fact that it maintains both a tight political relationship with the United States and a strong economic relationship with China, which accounts for more than one-fourth of its foreign trade. Polls have shown that most Taiwanese support neither unification with mainland China nor an outright declaration of independence, preferring instead to maintain the island’s ambiguous status quo.