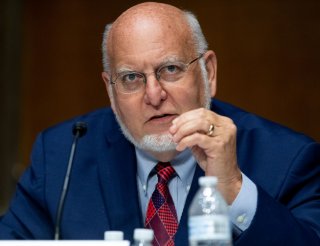 Dr. Robert Redfield, the director of the Centers for Disease Control and Prevention, has suggested that the recent surge in coronavirus cases across the U.S. South may have been caused by Northerners who traveled to that region on vacation last month.

“If you look at the South, everything happened around June 12 to June 16—it all simultaneously kind of popped,” Redfield said during an interview Tuesday with The Journal of the American Medical Association’s Dr. Howard Bauchner.

“We’re of the view that there was something else that was the driver. Maybe the Memorial Day, not weekend, but the Memorial Day week, where a lot of Northerners decided to go South for vacations.”

Redfield noted that since the majority of the South had not yet experienced large outbreaks like the Northeast and West, many Southern states and cities reopened businesses early and didn’t require individuals to wear masks or practice social distancing at all times.

Once the contagion entered those areas, the spread could have occurred relatively quickly.

“Something happened in mid-June that we’re now confronting right now,” Redfield said. “And it’s not as simple as just saying it was related to timing of reopening or not reopening.”

During that interview, Fauci suggested that the current nationwide surge in novel coronavirus cases was caused by a failure to fully shut down everything during America's initial response—not from vacationers heading to Southern states.

“We did not shut down entirely and that’s the reason why we went up,” said Fauci, who is the director of the National Institute of Allergy and Infectious Diseases.

So far, there have been more than 3.4 million coronavirus cases and at least 136,000 deaths, according to the latest Johns Hopkins data. The seven-day average of U.S. cases is more than 59,000 and, in nearly forty states, cases are estimated to be rising by 5% or higher.