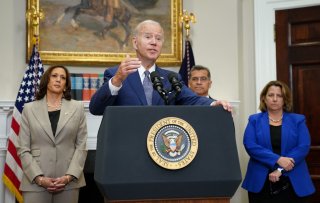 ==The manufacturer of the only monkeypox vaccine approved by the U.S. Food and Drug Administration (FDA) has voiced concerns to senior Biden administration health officials regarding their plan to split doses and alter how the shots are delivered, according to a new Washington Post report.

“We do have some reservations … due to the very limited safety data available,” Bavarian Nordic CEO Paul Chaplin wrote in a letter to Health and Human Services (HHS) Secretary Xavier Becerra and FDA Commissioner Robert Califf.

Chaplin added that conducting further studies before overhauling the nation’s monkeypox vaccine strategy would be “prudent” and that his company has been “inundated with calls from U.S. state government officials with questions and concerns” about how to implement the new vaccination plan.

In response, Biden administration officials acknowledged the concerns but asserted that the new strategy would still go ahead as planned.

“We’ve had conversations with them about this, and so has FDA,” Becerra said.

“We wouldn’t have moved forward unless we thought it was safe and effective, and if FDA hadn’t dotted its I’s and crossed its T’s,” he continued.

On Tuesday, the FDA issued an emergency use authorization that allows healthcare providers to split Jynneos monkeypox vaccine doses in hopes of inoculating up to five times as many people against the fast-spreading disease. CNN reported that the vaccine can now be offered to high-risk adults intradermally, or between the layers of the skin, rather than subcutaneously, or under the skin, as it has been typically administered. This will allow providers to get up to five doses out of a standard one-dose vial.

“In recent weeks the monkeypox virus has continued to spread at a rate that has made it clear our current vaccine supply will not meet the current demand,” Califf said in a statement. “The FDA quickly explored other scientifically appropriate options to facilitate access to the vaccine for all impacted individuals. By increasing the number of available doses, more individuals who want to be vaccinated against monkeypox will now have the opportunity to do so.”

The FDA’s move came less than a week after the Biden administration declared monkeypox a public health emergency, which will help mobilize more resources and personnel to battle the outbreak that has spread rapidly across the country over the past two-plus months. There are currently more than 10,300 monkeypox infections across forty-nine states, according to the Centers for Disease Control and Prevention (CDC). On Wednesday alone, 1,391 new cases were reported nationwide, the largest single-day increase so far.

“We are still operating under a containment goal, although I know many states are starting to wonder if we're shifting to more of a mitigation phase right now, given that our case counts are still rising rapidly,” Jennifer McQuiston, the CDC’s top monkeypox official, said on Tuesday, per CBS News.