More Stimulus Checks Are Out Now: Who Exactly Just Got Paid? 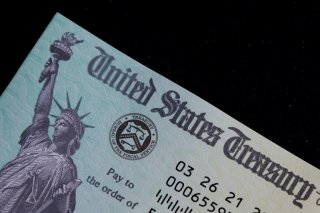 Distribution of the third round of federal stimulus checks worth up to $1,400 as called for by the American Rescue Plan continues. The IRS has distributed a total of 163 million payments worth roughly $384 billion spread across seven batches since it first began sending payments to eligible Americans in March. That figure amounts to almost 91 percent of the total amount set aside for the third round of direct federal stimulus payments.

Earlier this week, the IRS announced that it had begun distribution of the next batch of payments. This eighth batch of checks included an additional 1.1 million payments of over $2 billion, bringing the total number of payments distributed to Americans to over 164 million and the total amount to approximately $386 billion. About 600,000 of the new payments were sent via direct deposit, with the remainder distributed as paper checks.

The IRS began sending the new payments as it completed processing of recently filed 2020 tax returns, which are an important tool for determining eligibility for stimulus money and other coronavirus-relief measures. With information from 2020 returns, the IRS was able to include in this most recent batch of stimulus payments more than 585,000 checks worth over $1.2 billion to individuals and households for whom it previously lacked necessary information.

The new batch of payments also included 570,000 of what the IRS has labeled “plus-up” payments. When the IRS initially began the process of determining eligibility for a third-round stimulus check, the determination was made based on information in 2019 tax returns, which at the time represented the most recent data available to the IRS. As 2020 tax returns began flowing in, however, the IRS began to reassess eligibility for people whose returns indicated a loss of income and therefore made them eligible for a larger stimulus payment. These people have since been the recipients of supplemental plus-up payments.

The IRS reported that additional stimulus payments would continue to be issued on a week-to-week basis, with the distribution of plus-up payments in particular likely to continue for several more weeks following the extension of the deadline for filing of 2020 tax returns to May 17. The IRS has already experienced some delays in processing 2020 returns.

The distribution of the third round of direct federal stimulus payments has so far proven to be a major boon for the economy. Stimulus checks have helped to increase both consumer spending and household income. Despite this, there is a growing number of people both in and out of government calling for additional stimulus payments, including calls for regular monthly payments.

White House press secretary Jen Psaki recently responded to questions about a possible fourth round of federal stimulus payments, indicating that such a plan is unlikely.