Scientists: Monkeypox Virus Feared to Have Mutated at Unprecedented Rate 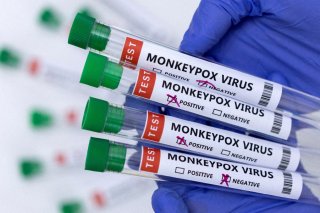 As monkeypox cases continue to surge across North America and Europe, the virus may be mutating more than expected, according to a new study conducted by a group of Portuguese researchers.

The scientists noted that the latest strain of monkeypox has about fifty genetic variations compared to similar viruses that circulated between 2018 and 2019. According to Newsweek, they said that this finding is six to twelve times more “than one would expect considering previous estimates.”

The research, published in Nature Medicine, revealed that the virus is continuing to evolve, including a number of small changes in the genetic code, minor gene variants, and a deleted gene. These significant genetic variations might suggest “accelerated evolution.”

The recent surge in monkeypox cases is unusual due to the fact that they are occurring in North American and European countries where the virus is not endemic. Monkeypox is generally found in Central and West African rainforests where animals that carry the virus live. To date, according to the World Health Organization (WHO), there have been more than 3,200 monkeypox cases reported in nearly fifty countries.

Despite the concerning data, study co-author João Paulo Gomes told Newsweek that it is still unknown whether the mutations have contributed to increased transmissibility rates between humans. “We do not know that. We just know that these additional fifty mutations were quite unexpected,” he said.

“Considering that this 2022 monkeypox virus is likely a descendant of the one in the 2017 Nigeria outbreak, one would expect no more than five to ten additional mutations instead of the observed about fifty mutations. We hope that now, specialized groups will perform laboratory experiments in order to understand if this 2022 virus has increased its transmissibility,” he continued.

Monkeypox is a viral illness that begins with flu-like symptoms and the swelling of lymph nodes, eventually progressing to rashes on the face, hands, feet, eyes, mouth, or genitals that turn into raised bumps which then become blisters. The virus, which has been shown to be transmissible for up to four weeks, is most easily spread via open contact with the sores of an infected individual. It can also spread through contact with materials that have the virus on them.

The WHO has convened its emergency committee to consider if the spiraling outbreak of monkeypox warrants being declared a global emergency. Such a declaration would mean that the United Nations health agency considers the outbreak to be an “extraordinary event” and that the disease is at risk of spreading across even more countries, possibly requiring a concerted global response.