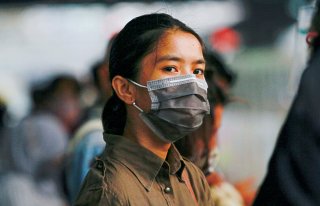 Adults are roughly ten times more likely than children to be asymptomatic carriers of the novel coronavirus, according to a research letter by Italian researchers published in JAMA Pediatrics.

The researchers noted that just over 1 percent of all children who exhibited no outward signs or symptoms of infection tested positive for the contagion at a Milan hospital.

In contrast, more than 9 percent of asymptomatic adults were found to have contracted the coronavirus.

The analysis added that between 50 percent and 80 percent of coronavirus-positive individuals remain asymptomatic after infection.

More than 210 patients at the Fondazione Ca’Granda Hospital in Milan were examined from March 1 to April 30 for the study. Of them, eighty-three were children between the ages one and eleven.

Tests indicated that only one of the children tested positive for coronavirus and the rest did not showcase any associated symptoms within forty-eight hours of admission, the data revealed.

The findings appear to indicate that children may not play a significant role as major spreaders of the virus.

However, other studies have pointed out that children do, in fact, have the potential to infect others.

According to a new study by the U.S. Centers for Disease Control and Prevention, children who become infected with the virus at day-care centers have been shown to spread the contagion to family members at home.

This particular research “definitively indicates—in a way that previous studies have struggled to do—the potential for transmission to family members,” William Hanage, an infectious diseases researcher at Harvard University, told the Associated Press.

Moreover, new research out of South Korea is suggesting that children can continue to shed SARS-CoV-2 for weeks even if they never develop the associated symptoms or long after the symptoms have dissipated.

“In this case series study, inapparent infections in children may have been associated with silent COVID-19 transmission in the community,” the researchers wrote in the study, which was published in the journal JAMA Pediatrics.

Recently released data is showing that more than 500,000 children in the United States have already tested positive for the novel coronavirus since the pandemic started, according to the American Academy of Pediatrics and the Children’s Hospital Association.

That troubling figure seems to be only trending upward, as 70,630 new child cases were registered from August 20 through September 3—a 16 percent increase over the span of two weeks.

Children now represent nearly 10 percent of all coronavirus cases in the United States.

Globally, there are roughly 29.1 million confirmed cases and at least 926,000 related deaths, according to the latest data from Johns Hopkins University.