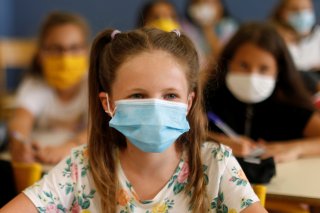 New research out of South Korea is suggesting that children can continue to shed SARS-CoV-2, the virus that causes COVID-19, also known as the coronavirus, for weeks even if they never develop the associated symptoms or long after the symptoms have dissipated.

“In this case series study, inapparent infections in children may have been associated with silent COVID-19 transmission in the community,” the researchers wrote in the study, which was published in the journal JAMA Pediatrics.

In an accompanying editorial, Dr. Roberta DeBiasi and Dr. Meghan Delaney, both of Children’s National Hospital in Washington, DC, saw similarities within the adult population.

“Interestingly, this study aligns with adult data in which up to 40 percent of adults may remain asymptomatic in the face of infection,” they wrote.

“In this study, the authors estimate that eighty-five infected children (93 percent) would have been missed using a testing strategy focused on testing of symptomatic patients alone.”

For the study, the researchers focused on ninety-one pediatric patients who were diagnosed with the coronavirus between February 18 and March 31 at twenty-two hospitals in South Korea.

Over the course of the study, the hospitals continued to test the children, on average, every three days, providing a clearer picture of how long viral shedding continues over time.

The findings revealed that the duration of symptoms varied widely—from three days to nearly three weeks. Moreover, there was a significant spread in how long children continued to shed the virus and could be potentially infectious.

The virus was detectable for an average of about two and a half weeks, but a large number of the children—about a fifth of the asymptomatic patients and about half of the symptomatic ones—were still shedding the virus at the three-week mark.

“This suggests that even mild and moderately affected children remain symptomatic for long periods of time,” DeBiasi and Delaney wrote.

“This highlights the concept that infected children may be more likely to go unnoticed either with or without symptoms and continue on with their usual activities, which may contribute to viral circulation within their community.”

DeBiasi and Delaney, however, pointed out that the study only tested for viral shedding from the respiratory tract. Past studies have detected the virus in other bodily fluids, including stool.

Currently, it is unknown what specific role these other sources might play in the spread of the coronavirus.

“Each of these pieces of information that we, our collaborators and other scientists around the world are working to gather is critical for developing policies that will slow the rate of viral transmission in our community,” DeBiasi said in a statement.