Coronavirus: Teachers in North Korea are Teaching in Students’ Homes 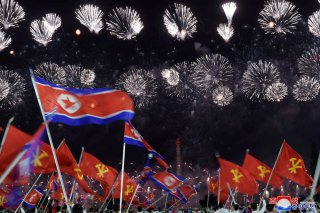 Reports out of North Korea earlier this month stated that due to a coronavirus outbreak that likely originated at the Workers’ Party Foundation Day on October 10, the start of school has been delayed until November 1. It was the latest in a series of delays. The delay indicates that students in North Korea will not get a winter vacation this year, according to the report.

Now, another new report says that in lieu of in-person classes, teachers in that country have been visiting students’ homes in order to teach them.

According to Daily NK, the teachers are conducting one-on-one classes in the homes of students, in order to inform them about what’s going on with classes and to provide them with specific instructions. This has been happening, per the report, since October 20. Those lessons, per the report, have included handing out assignments and also cramming “a week’s worth of material into a single hour of instruction.”

“In accordance with an order by the Supreme Leader [Kim Jong Un] to research ways to make decent academic progress without gathering students [in one place], the education ministry instructed schools on the morning of the Oct. 19 to have teachers visit student homes to give them lectures,” the Daily NK’s source in North Pyongan Province said of the directive.

The report also referenced rumors that North Korea is having trouble procuring the coal and firewood it needs to heat the classrooms in the winter and it’s also having trouble collecting funds from families.

“I think parents and students in this country all believe that the start of the semester means that everyone goes to school to take classes,” the source told Daily NK. “If students can’t get their diplomas because of the lack of progress in their classes, there will be problems when they are drafted [into the military] or try to enter university.”

North Korea reportedly closed its borders early in 2020, and reports last week stated that the nation had recently announced an Emergency Quarantine Law. The introduction of the law, couched in hypothetical terms about a potential pandemic, names three types of warnings-first-class, special-class and “super-class.”

Another recent report out of North Korea speculated that households in the country have begun to cut back on spending during the pandemic, through the first nine months of the year.

“Trade was stopped soon as the virus spread and the market has also been contracting ever since smugglers stopped their operations,” NK Daily’s source said. “The majority of people have responded to these circumstances by reducing their spending.”

However, that data was based on a rather small sample size.