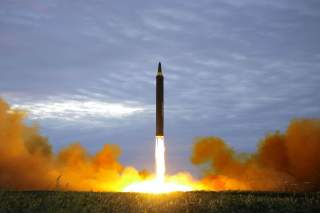 Everything that has happened with North Korea has mostly been seen before. Each supreme leader has used provocation followed by peaceful overtures to secure concessions, usually in the form of aid or sanctions relief. Kim Jong-un’s priority is staying alive and in power. He will never denuclearize. However, two things may make 2019 unique. First, North Korea’s economic reforms could transform their system in a way few are talking about. Second, both Koreas are speeding ahead with peace and confidence-building measures of the kind necessary to get anywhere diplomatically.

Kim has seen the success of China and Vietnam in transitioning from communism to state-capitalism. Neither of those countries is economically free, but they have clearly come a long way while still maintaining communist party rule—a fact not lost on Kim. Why suffer through another famine and coup as his ruling family did during the 1990s when instead he could have it all? Pyongyang could keep its bombs, become prosperous, make nice with South Korea, and continue to defy America. That is the most likely outcome for the foreseeable future if North Korea continues to experiment with private property, competing goods, and party-affiliated companies as national champions.

Meanwhile, South Korea’s President Moon Jae-in is working to build a peace regime with Pyongyang. This is not without real dangers, including Kim faking a change-of-heart for sanctions relief or to break apart the U.S.-Korean alliance by making Seoul choose a side. This is why Washington and Seoul must improve their coordination. However, Moon understands Kim isn’t going to denuclearize anytime soon. He also knows that improving communication and trade do more for peace than an escalation of threats and provocations ever could. The fundamental relationship between both Koreas—and between North Korea and America—must change before Pyongyang really changes or even considers partial denuclearization. That is the big gamble that Moon is making and it is anyone’s guess as to whether it pays off.

My bottom line is that North Korea keeps its nuclear weapons, continues incremental economic reforms, and will successfully loosen sanctions enforcement. The question is if North Korea decades from now becomes democratic like Taiwan and South Korea, if it becomes both richer and more dangerous like China, or if socioeconomic forces tear it apart like the Soviet Union.

John Dale Grover is an Assistant Managing Editor at The National Interest. He is also a fellow with Defense Priorities and a writer for Young Voices. Follow him @JohnDaleGrover.