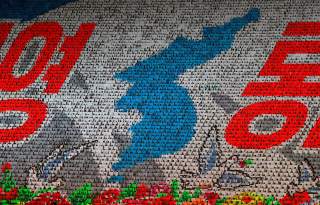 While anything is possible with Kim Jong-un and Donald Trump, there is little chance North Korea will agree to give up its nuclear weapons program any time soon. Yet, this summit—assuming it happens—begs one critical question that may predict what transpires: who needs a deal more?

Surprising to some, Kim Jong-un is indeed subject to home pressures that affect how much he can give. But we have little sense of those constraints because North Korean internal dynamics are a big black hole.

On the other hand, the domestic stresses on Trump could not be more apparent – the slow constricting nature of special counsel Robert Mueller’s investigation; the political hangover from the federal government shutdown; and the increased scrutiny from Democratic House investigations besieging Cabinet members, federal agencies and White House staff.

Bottom line—Kim Jong-un needs a win at the second summit, but Donald Trump needs a win more badly. And what’s more critical is that Kim Jong-un knows the score.

The most likely outcome (75%): North Korea agrees to expand its nuclear weapons testing and missile moratorium and declare a few weapons facilities (but no full accounting of all assets). In return, the US begins to make good on its Singapore promises to “establish new U.S.-DPRK relations” and create “a lasting and stable peace regime” in Korea—some form of a declaration to end the Korean War, a bit of sanctions relief, and perhaps liaison offices. Look for a mention of US-South military exercises. Most importantly, talks continue.

One unlikely outcome (10%): Kim or Trump overplays their hands, walking away to show strength, confounding critics; but there will remain a glimmer that all can be patched up.

Another unlikely outcome (15%): Trump agrees to something that rattles our allies, South Korea and Japan—the U.S. accepts North Korean promises to dismantle only its long-range missile program in exchange for sanctions relief and normalization, with nothing concrete on denuclearization or short-range missiles. The U.S. makes concession related to U.S. troops on the Korean Peninsula or agrees to permanently cease military exercises with South Korea.

Whatever the results, count on this second summit being a media spectacle that both publicity loving leaders seek to exploit. Both will claim a victory. There will be big smiles and vigorous handshakes. But make no mistake, there is still much work ahead and even bigger risks.

Philip W. Yun is the Executive Director and COO of Ploughshares Fund. He has previously served as Senior Advisor to the Assistant Secretary of State for East Asian and Pacific Affairs. You can follow him on Twitter at @PhilipYun_PF.