South Korea Is Unprepared for Flashpoints in the Asia-Pacific Region 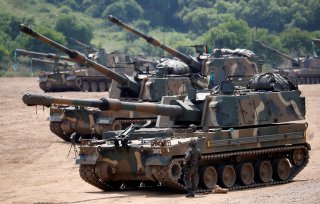 The complex and fast-changing threat landscape in the Pacific region is leading the United States and its allies in the region to vigorously pursue new drones, surveillance technologies and fixed-wing platforms configured for long-range, long-dwell, multi-sensor targeting missions.

While Japan, Australia and Taiwan are all making news for the pace at which they are both developing and acquiring new surveillance platforms such as drones and surveillance planes, the Republic of Korea is often overlooked as a strategically vital and critically positioned ally equally in need of surveillance assets. Being attached to the Korean Peninsula, and therefore directly merged into the Asian continent, the Republic of Korea provides a uniquely positioned opportunity for U.S. and allied deterrence missions in the region.

The Raytheon Intelligence & Space and Bombardier built Intelligence, Surveillance, Target Acquisition and Reconnaissance (ISTAR) is the focus of a partnership between the two firms and Korean Air to offer the RoKAF a new generation of fixed-wing intelligence, surveillance, and reconnaissance technology, a system specifically built in large measure to find, track and potentially target adversaries amid challenging strategic and geographical conditions.

“There are mountains everywhere on the Korean Peninsula, so a radar can lose its track relatively quickly,” Jason Colosky, a business development executive for Raytheon Intelligence & Space said. “We’re able to follow anything from the electronic emanations of some of these vehicles where we can paint a picture from behind mountains that we can’t even see what’s on the other side, we can paint a picture for that battlefield commander. Integrating this data with other source data allows us to know exactly when something’s going on or not, and so that we can alert coalition forces,” said Colosky.

The ongoing flashpoints in the Asia-Pacific region explain why these key elements are a top priority for South Korea to pursue ISTAR.

ISTAR seeks to bring airborne command and control to new levels of image fidelity, sensor resolution, sensor interoperability and, perhaps most of all, information analysis and transmission. Some of the onboard systems include Multi-Spectral cameras, Synthetic Aperture Radar, Ground Moving Target Indicator and onboard mapping, Signals Intelligence sensors, data analysis and multi-node information networking. Some of this key sensor data integration, Raytheon data explains, includes an ability to integrate other sensors with signals intelligence systems to locate enemy communications and radio frequency transmissions.

“What we’re able to do with ISTAR is bring all of those signals together and create a common operating picture for that ground commander, and that air commander,” said Colosky.