South Koreans Might Be Willing to Pay More for the U.S. Military’s Protection—But Only Under These Conditions 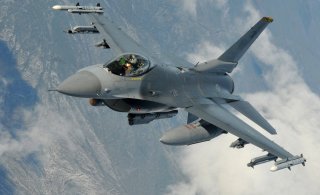 American military assistance to South Korea, including military bases that house roughly 28,500 troops, intends to provide the country with deterrence from a North Korean attack and the capabilities to respond quickly to unexpected aggression. President Donald Trump has routinely claimed that South Korea does not pay its fair share for this military assistance yet consistently fails to acknowledge South Korea’s indirect contributions, such as free land for military bases and paying base relocation costs. In 2018, South Korea paid $860 million, roughly 41 percent of total costs. This share has increased by 6 percent since 2013. In early 2019, Trump called for countries hosting American bases to pay “cost plus 50 percent,” sparking an immediate backlash in South Korea among other countries. House Armed Services Committee Chairman Adam Smith, panned the president’s decision as “monumentally stupid” while former Acting Secretary of Defense Pat Shanahan immediately dismissed such plans.

Still, demands for South Korea to pay a greater share have continued, with the administration most recently seeking a $5 billion increase over a negotiated cost-sharing agreement of $900 million. Seoul officials viewed this demand as a “non-starter” which was so offensive that talks ended early. Some analysts even suggested the offer was a pretext to begin a U.S. withdrawal from the Korean Peninsula. In April of this year, prior to the National Assembly elections, South Korean negotiators stated their best offer was a 13 percent increase.

Without a deal, local South Koreans working on U.S. military bases could lose their jobs, which is particularly concerning during the coronavirus pandemic and global economic downturn. Such actions could be viewed as weakening U.S. support of South Korea, and, as many countries begin the question the necessity of U.S. military assistance, this action may also undermine pandemic cooperation and hinder American soft power in Asia.

Additionally, public sensitivity to the cost of American military assistance is unclear as is whether that cost influences the public’s perception of U.S. military bases. Previous work often describes South Korean public opinion as ambivalent, shaped in part by an understanding of the inherent security risks from North Korea but also anti-American backlash after high-profile scandals. Such scandals include the 1992 murder of a bar employee by a U.S. Forces Korea private and the 2002 acquittal of two U.S. soldiers who crushed and killed two teenage girls when they ran over them with an armored vehicle.

According to a December 2019 survey by the Chicago Council on Global Affairs, nearly three-quarters of South Koreans polled (74 percent) support the long-term stationing of U.S. troops in Korea and 87 percent believe that the U.S. military presence contributes to South Korean national security. Further, only 2 percent of those surveyed believe that South Korea and the United States should terminate their current military alliance. However, many South Koreans are frustrated by the cost of maintaining the current alliance. For example, 68 percent of those surveyed support re-negotiating with the U.S. to pay less than President Trump’s proposed $4.7 billion request. Meanwhile, 26 percent believe that the South Korean government should refuse to Trump’s requested figure and 60 percent support a maximum South Korean payment of 2 trillion won ($1.7 billion USD).

Western Kentucky University surveyed 1,111 South Koreans from March 2–12, 2020 via web survey, which was conducted by the South Korean survey firm Macromill Embrain, using quota sampling by age, gender, and region based on census data. After a series of demographic questions, the survey asked several questions regarding security interests. Results show that 69.66 percent of those surveyed agreed or strongly agreed with the statement “I am concerned about North Korea’s nuclear weapons program.”

South Koreans were only mildly concerned about North Korea using military force against them, averaging a 6.29 on a ten-point scale that ranged from “not concerned at all” to “very concerned.” But only 44.46 percent answered “yes” when asked, “In general, do you believe the United States shares the same concerns as South Korea over North Korea?”

Next, the survey included an experimental design to see how much mentioning Trump’s demands influences views on military assistance. This part of the experiment was based on the assumption that most Koreans were only vaguely aware of the costs of U.S. military assistance, while they were likely aware of Trump’s demands. A Chicago Council on Global Affairs survey that was conducted in 2019 found that 68 percent of those surveyed stated they had heard or read at least a fair amount about the negotiations over cost. The respondents were randomly assigned to one of two prompts about the U.S. military presence to evaluate on a five-point Likert scale of “strongly disagree” to “strongly agree.”

Part of the experiment hinged on inquiring whether America’s continued military assistance is crucial to South Korea’s security. Another part of it centered around the Trump administration’s demands that South Korea pay for the costs of the U.S. military in South Korea and whether America’s continued military assistance was crucial to South Korea’s security. In the baseline version of the survey, a clear majority agreed that the American military assistance is crucial to South Korea’s security (62.3 percent agree or strongly agree). However, support for that assistance dropped to 48.2 percent when it was attached to the Trump administration’s calls for increased payments. When broken down by political ideology, the data shows that conservatives are generally more supportive than moderates and liberals, yet all three groups see declines in support when Trump’s demands for additional payment is referenced (liberals: 15.99 percent; moderates: 21.54 percent; conservatives 11.86 percent).

To determine whether prompting respondents to think about the Trump administration’s demands for additional military assistance-related payments also influences views of the U.S. bases more broadly, they were asked the following:

“On a scale from 1 to 5 with 1 being strongly opposed and 5 being strongly support, how do you feel about the presence of American military bases in South Korea?”

With no reference to cost, a clear majority (53.79 percent) supported American bases (4 or 5 on the scale). But that support decreased to 45.42 percent when the cost was mentioned. Again, regression analysis finds this pattern endures when controlling for demographic and attitudinal factors.

Survey findings show that simply mentioning the Trump administration’s demands for greater payment reduces support for U.S. bases and diminishes South Koreans’ view of the U.S. military presence as “crucial” to Korea’s security. This is still true even when the monetary amount of an increase is not explicitly mentioned; thus, suggesting that any increase in the South Korean contribution, including the proposed 13 percent increase, could be electorally problematic. Moon Jae-in’s administration likely sensed such concerns and avoided drawing attention to the issue prior to April’s National Assembly election.

However, historically when North Korean provocations have turned more aggressive, such as the 2010 sinking of a South Korean warship, the Cheonan, and artillery strikes on South Korea’s Yeonpyeong Island, South Korean support for the U.S-South Korean alliance has increased. North Korea’s recent decision to blow up an office used for diplomatic talks with South Korea and their promises to end a 2018 agreement to reduce tensions along the inter-Korean border, may signal additional North Korean hostility is likely. With this in mind, concerned South Koreans could increasingly support the U.S. military presence, even as costs remains controversial.

Prolonged negotiations over cost-sharing creates additional problems for U.S.-South Korea relations. Trump’s demands make it easier for South Korea to pursue an independent policy on North Korea and for North Korea to attempt a wedge strategy akin to that during the Roh Moo-hyun administration. If the Trump administration continues with exorbitant monetary demands, South Korean officials are unlikely to mandate a total withdrawal, as it is unclear what alternative Seoul has for military assistance elsewhere. However, demands may accelerate discussions about a smaller U.S. presence or reevaluating U.S. operational control during wartime. At the same time, according to the 2019 Chicago Council on Global Affairs survey, 78 percent of South Koreans believe that the United States would defend South Korea if North Korea attacked, while only 56 percent believe that South Korea could defeat the North if it were to act alone in an armed conflict. At the very least, any discussion about increased costs must be presented in a form that increases public support, by focusing on what additional payments will provide.