America Can No Longer Ignore Israel’s Support For U.S. Competitors 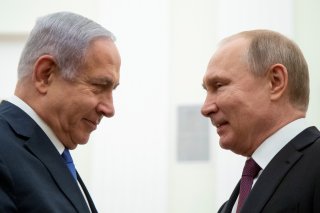 Within the United States, much of the debate surrounding Israel misses the point. Congress focuses its discussion about Israel on the peace process: Are Israeli settlements in disputed areas retarding the chance for peace? Should peace with Arab states precede peace with the Palestinians or, as the Trump administration believes, can normalization occur absent progress on the Palestinian front? Is the United Nations Relief and Works Agency for Palestine Refugees (UNRWA) a help or hindrance to peace? The debate within some universities, non-governmental organizations, and New York elite society, meanwhile, focuses on the appropriateness, wisdom, and perhaps anti-Semitism of the Boycott, Divestment, and Sanctions (BDS) movement. Within progressive and Democratic circles more broadly, there is widespread antipathy to Israeli Prime Minister Benjamin Netanyahu.

These debates largely miss the reason why Israel is becoming a strategic liability for the United States. The reason has far less to do with problems associated with how Israel's policies and positions are impacting the Palestinian cause and more to do with its support and empowerment to America’s competitors and states seeking to rewrite the post-World War II liberal order.

I have written previously about Israel’s troubling relationship with China. The problem is not only the tone-deafness of the Israeli establishment when it comes to military trade with China but also the Israeli technology sector’s willingness to welcome Chinese investment and sell products to Chinese counterparts. The belief that there is a meaningful firewall between Chinese military industries and the private sector is wrong. So too is the idea that Beijing will respect intellectual property rights. Netanyahu is further blinded by his own arrogance if he believes that Israel can co-opt China in Jerusalem’s own dispute with Iran and radical Arab regimes.

Israel’s relationship with Russia is also problematic, although a bit more understandable given the large number of Israelis who emigrated from Russia and Russian-speaking communities after the downfall of the Soviet Union. Still, Netanyahu overstates the importance of his own warm ties with Russian President Vladimir Putin. Israel’s military trade with Russia ultimately bolsters Russia’s position against the United States. Perhaps Netanyahu thought that his deals would offset further Russian military involvement with Iran, but Russia’s recent moves on ending the arms embargo on Iran show Netanyahu’s naivete. Israelis should also recognize that Putin plays a zero-sum game strategically: He believes not that he and the West can find a win-win understanding, but rather that for Moscow to win, Washington must lose. He successfully undercut Israeli support for Ukraine and Georgia on the empty promise that he would not assist Iran. Any diplomatic concession Israel gives Russia ultimately chips away at the regional interests of the United States.

Most recently, Israel has proven itself a liability as Turkish aggression accelerates in the Eastern Mediterranean and the Caucasus. While diplomatic relations between Ankara and Jerusalem are frosty, the Israeli government continues to provide weaponry to Azerbaijan, much of which is now used to ethnically cleanse areas long-populated by Armenia. Traditionally, the basis of Israel-Azerbaijan ties had to do with the common threat Iran posed to both countries. The Iranian leadership opposes Israel for largely anti-Semitic and ideological reasons rooted and reflected in the late Ayatollah Ruhollah Khomeini’s writings. Tehran likewise traditionally considered Baku a threat because it was an overwhelmingly Shi’ite state that outperformed Iran despite not embracing Iran’s theocratic model.

That calculation is outdated. Azerbaijani dictator Ilham Aliyev’s willingness to subordinate Azerbaijan’s independence to Turkish President Recep Tayyip Erdoğan’s whims and genocidal aims should end any realist notion that Israel should trust or support Azerbaijan. While Israel once benefited by basing surveillance equipment and espionage cells in Azerbaijan, Turkey has previously shown its willingness to expose these cells elsewhere, and likely will in Azerbaijan. That Aliyev has welcomes Turkish-backed Syrian mercenaries, some of whom likely served with Al Qaeda- and Islamic State-linked groups should also be an immediate reason to suspend any trust in the Aliyev regime. Turkish-Azerbaijani cooperation on Azerbaijan’s war plan in Nagorno-Karabakh and the subsequent Azerbaijani bombardment of Christian churches and communities should further raise questions whether Aliyev is pivoting toward Erdoğan’s worldview. Regardless, Israel loses its moral high ground in its arguments that states should not sell weaponry to a potentially-genocidal Iranian regime when the Jewish state then sells weaponry to a regime that uses them to slaughter Christians. It is time American Israel Public Affairs Committee (AIPAC) and other Jewish American groups reverse course on waivers to Section 907 of the Freedom Support Act and again demand an end to any weapons sales—from either the United States or Israel—to Azerbaijan.

Israel certainly remains an important U.S. ally, and close ties between Washington and Jerusalem benefit both sides tremendously. The United States should never turn a blind eye to Israel’s repeated efforts to reach out and trade weaponry and technology to America’s adversaries, however. Not only have Israel’s strategic justifications always been based on flawed assumptions of the goodwill of China, Russia, and now Azerbaijan and Turkey, but the damage done to America’s strategic interests cannot be ignored. If Israel continues down the path of being a strategic liability to the United States, it should be treated as such.