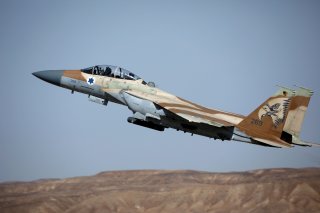 Between August 5 and 7, Israel conducted its third operation in the Gaza Strip in four years. Dubbed “Operation Breaking Dawn,” the conflict saw the Israel Defense Forces (IDF) trade blows with Palestinian Islamic Jihad (PIJ) and other militant groups in the strip, with the notable exception of the most dominant and powerful authority in Gaza—Hamas.

The impetus for this round of fighting appears to have been the arrest of Bassam al-Saadi—an almost seventy-year-old PIJ leader in the West Bank—early last week. The arrest and the video that emerged from it, which showed al-Saadi being dragged out onto the street by Israeli forces, undoubtedly served to inflame the tensions that already existed.

In the aftermath, Israel claimed that the IDF had solid intelligence that PIJ was planning anti-tank guided missile attacks on Israeli buses, trains, and border communities as a form of retaliation. Consequently, Israel locked down large communities in the south and implemented road closures. As life around Gaza came to a halt, Israel claimed to have been making (unsuccessful) diplomatic attempts to convince PIJ to stand down. By undertaking these measures, Israel had successfully (and rather sophisticatedly) made the case to the public for the legitimacy and necessity of an urgent preemptive strike.

Indeed, Operation Breaking Dawn appears to mark a return of Israeli preemption after years in which Israeli policy reflected a more reactive approach to the militants in Gaza. The initial round of Israeli strikes included a precision strike against PIJ’s northern division commander, Tayseer Jabari, resulting in his death. As the fighting continued, the IDF also eliminated PIJ’s southern division commander, Khaled Mansour.

After three days of fighting, a ceasefire finally went into effect late in the evening on August 7. In the span of a few days, PIJ fired roughly 1,000 rockets—20 percent of which fell in Gaza—and the IDF struck 170 PIJ targets. The Iron Dome proved incredibly effective, successfully intercepting around 95 percent of projectiles heading towards populated areas.

Many Israeli leaders, public officials, and TV commentators have claimed in recent days that Operation Breaking Dawn was a major success for Israel. While there were some highly impressive operational achievements, the operation, in our view, did not enhance Israel’s strategic posture. With this in mind, it is important to reassess the arguments of those praising the operation as a major success for Israel.

“Israel created a division between Hamas and PIJ”

This argument highly exaggerates the tactical rivalry—usually limited and restrained—that has always existed within Gaza between Hamas and PIJ. The strategic bonds that tie them together are by far more compelling than their disagreements, which might arise with fluctuating levels of intensity here and there. After all, they are both Islamist terrorist organizations with similar extremist ideologies and a general consensus on how this ideology should be implemented. They both stress their opposition to the very existence of a sovereign Jewish state in the region, call for the elimination of Israel, and cherish the use of violent force to realize their goals.

Nevertheless, at this particular point in time, neither Hamas nor PIJ had an interest in a military confrontation with Israel, as they have yet to recover from last year’s round of fighting. They knew that any large-scale confrontation would result in further devastation and loss of life and property in Gaza.

It was in this context that Israel’s highly efficient preemptive strikes caught PIJ by complete surprise. While PIJ was able to retaliate with rocket fire, it was not particularly effective. In fact, PIJ rockets were arguably a greater threat to the Palestinians in Gaza than they were to Israelis.

There is no doubt that PIJ has been highly frustrated by the unwillingness of Hamas to join the fight against Israel. However, PIJ knows very well the balance of power between itself and Hamas; it will learn to live with these frustrations. The belief that the recent military confrontation in Gaza has created a significant rift between the “good guys” (Hamas) and “bad guys” in Gaza reflects wishful thinking within Israel that Hamas would adopt more moderate positions while sidelining PIJ. However, this does not seem to be a realistic line of thinking.

“Israel wisely focused its strikes on PIJ only”

Israel’s decision to exclusively target PIJ and not Hamas has certainly limited the scope of the fighting and highly decreased the dangers to its people. The fighting ended with no fatalities for Israel, and no one could or should underestimate the importance of this factor. However, the disadvantages of this decision, in our view, exceed its advantages.

First, this decision has implicitly released Hamas from responsibility for what happens in the Gaza Strip. The fact of the matter is that as the governing party in Gaza, it is the duty of Hamas to control what goes on there. Instead, however, it appears that it has become the job of the IDF to eliminate Hamas’ rivals (PIJ) for it while absolving Hamas of any governing responsibility. Moreover, there were even some attempts to portray Hamas as a mature and responsible partner that was trying to avoid war and restrain PIJ.

Second, we believe this could potentially set a dangerous precedent with severe strategic implications for Israel. The leading principle in Israeli defense policy for decades was that Israel does not deal with specific terror organizations operating within an enemy state. Rather, Israel holds the governments of the states from which the terrorists carried out their attacks fully responsible.

While Gaza may not officially be recognized as a state, there is no question that Hamas is the governing authority there. As such, Israel had long considered all attacks emanating from Gaza to be the responsibility of Hamas. The fact that Israel decided to abandon this principle in the recent conflict is a significant reversal that could have dangerous implications for Israel.

Third, new terror organizations could emerge in Gaza and launch rockets against Israel, only for Hamas to claim that they cannot control the activities of these groups. This argument might also find support in large parts of the international community due to Israel’s policy in the last conflict. In addition, this approach greatly limits the number of military targets that Israel can hit in each conflict, as it can only focus on whichever entity it is fighting at a given moment.

Overall, this approach reflects and projects a sort of “fear” of Hamas. This was well reflected in the great sigh of relief echoed throughout Israel when it became known that Hamas would not join the fighting. In this sense, it cannot be said that Israeli deterrence was improved against Hamas, but rather the opposite. This is dangerous vis-a-vis Gaza but also with regard to Lebanon, where Hezbollah chief Hassan Nasrallah continues to threaten Israel with increasingly bellicose rhetoric.

“Unlike similar cases in the past, Israel received solid American support”

Israel received a rather routine statement from the Biden administration affirming the oft-repeated “right to self-defense” and calls for calm and restraint. At the same time, President Joe Biden reflected mistrust in Israel’s official statement regarding the tragic event in Jabaliya, which took the lives of innocent Palestinians. In his statement, President Biden called for an “investigation into the deaths of Gazan civilians that occurred over the last round of fighting, whether by Israel or Islamic Jihad. This is despite statements put out by Prime Minister Yair Lapid’s office and the IDF spokesperson saying that “there was no Israeli activity in the Gaza Strip, in that area or at that time.” Furthermore, Biden deliberately refrained from mentioning who exactly should investigate the event, thereby implicitly indicating a lack of trust in Israel’s military and independent judiciary.

Finally, while Biden commended the Iron Dome and its life-saving capabilities, he did not mention the well-documented efforts by the IDF to save Palestinian lives within the Gaza Strip, including warning calls to residents and even abandoning strikes when civilians were found to be present.

In recent years, in its policy toward Hamas, Israel has seemingly been projecting a stance of willingness to tolerate a degree of violence in the form of rocket attacks so long as there are no fatalities, the scope and scale are limited, and the targets do not include cities like Tel Aviv or Jerusalem.

Virtually no Western-like state would ever show such a degree of acceptance towards violations of its sovereignty—especially by relatively minor and marginal terrorist groups like PIJ and Hamas. What is more remarkable is that Israel continues to tolerate this despite the overwhelming military superiority of the IDF over Hamas and other terror organizations in Gaza.

While Operation Breaking Dawn has seen a slight revival of Israeli deterrence thanks to the return of the threat of preemptive action, Israeli deterrence was also degraded by letting Hamas off the hook and expressing an open reluctance, if not fear, of holding the terrorist organization accountable for what happens in Gaza.

Israel should have seized the opportunity presented by its complete tactical surprise to eliminate the military threats posed by both PIJ and Hamas and relieve Israel from the noose both groups are looking to tie around its neck. The fact that Israel chose not to, in our opinion, reflects a degree of weakness and hesitation that will harm Israeli deterrence.