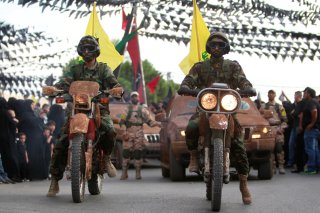 Israel and Lebanon have reached an agreement that will alter how the world views their maritime borders. The agreement is designed to demarcate each country’s exclusive economic zones (EEZ), as well as the majority of their territorial waters.

The U.S.-mediated agreement has sparked a firestorm of controversy in the final weeks before Israel’s November 1 elections.

While viewed favorably by the coalition parties and the majority of Israel’s security establishment, opposition parties see it as a shameful capitulation to pressure from Lebanon’s Hezbollah and the United States and have even said they may not honor it if they come to power.

Defining maritime boundaries is more of an art than a science. There are some common methods, but they vary depending on the contours of the shoreline, near-shore islands and rocks, continental shelves, and other factors. As a result, many countries that are geographically close have unresolved maritime disputes (39 percent of all sea borders are contested).

Israel’s original claim regarding its EEZ, made in 2011, was an overreach that could not be justified under international law. The Lebanese position, claiming ownership of the gas field known as Karish, which is located in Israel’s EEZ, went even further and was far more irrational. Both positions could be described as starting points for future discussions. Since 2011, Israel and Lebanon have been negotiating a solution with the assistance of a U.S. mediator.

Lebanon’s original offer stemming from those discussions has now been accepted by Israel, with a few changes concerning security in territorial waters. As a result, Israel has relinquished its original claim to maritime boundaries.

It is important to clarify that EEZs are not sovereign areas. Instead, they are managed by states for economic and environmental reasons. They are part of the global commons, and any vessel can move through them.

Hezbollah has occasionally threatened to attack Israel’s rigs in recent years, but it has increased its threats significantly in past months, prior to and following the arrival of the Karish floating gas rig off the northern Israeli coastline. Hezbollah even sent unmanned aerial vehicles in the direction of the rig before they were shot down by the IDF.

After the agreement was made public, Hezbollah stated that Israel had agreed to Lebanon’s position and chalked this up to its tough stance. The group vowed to “keep an eye” on Israel to see if it followed through with the agreement.

As the debate over the agreement played out in Israel, two leading schools of thought emerged.

One camp sees it as a reasonable compromise that reduces the likelihood of a security escalation in the short and long term. The threat of losing the benefit of gas exploration and production would, according to this line of reasoning, constrain Hezbollah while allowing the Lebanese state to stabilize its economy, and potentially, its political situation, without the need for assistance from Iran and Russia. This, in turn, would strengthen its internal position vis-à-vis Hezbollah. It would also strengthen the American and Western positions in Lebanon and the Middle East, as well as boost Israel’s image, while sacrificing nothing of real value.

The other side sees the agreement as a dishonorable capitulation that would set a dangerous precedent—a full Israeli territorial concession under threat of violence in exchange for almost nothing concrete.

This view holds that the current agreement boosts Hezbollah and humiliates Israel, with the gas rigs becoming the focal point of future extortion attempts by Hezbollah or other radical actors. Critics of the deal regard the idea of the agreement restraining Hezbollah as unrealistic, and they see Israel’s weakness as a potential trigger for escalation. They also see a potential economic windfall for Iran and Hezbollah because they can influence Lebanon’s decision-making.

According to the Israeli business daily Globes, the dispute between the parties took place within the Israeli security establishment and resulted in the resignation of the head of the Israeli negotiation team.

It is too soon to tell which side is correct. Yet it is clear that Israel can make some early gains from the agreement, while Lebanon’s gains will take several years to materialize.

In the short term, a real threat of escalation has been removed, and Israel can begin producing gas from the Karish gas field—while exporting some of it to an energy-starved Europe.

In addition, while Hezbollah will likely receive credit for the agreement in the short term, Lebanon will need to avoid escalation with Israel in order to reap economic benefits in the long run.

Lebanon could build its Kana-Sidon undersea gas field in a few years, improving its ability to generate electricity and its finances, which could also benefit Hezbollah.

The agreement’s success may put pressure on Hamas and the Palestinian Authority to reach a similar agreement to develop the gas reservoir off the Gaza coast.

These developments can be considered stabilizing factors in a vacuum, but things change if one brings Iran into the picture.

If a nuclear deal is reached between Tehran and the world powers, Iran will seize the opportunity to explore and develop gas and oil fields in the Lebanese EEZ in the Mediterranean Sea. This would strengthen Iran’s and Hezbollah’s overall influence over the country, while weakening the Lebanese state.

If the current standoff with Iran persists or worsens, the prospects for stability in Lebanon are also likely to be dashed. The risk of Hezbollah targeting Israeli rigs would, in this scenario, increase, making a symmetrical response by Israel impossible because it would need to attack the Lebanese rig—an asset of a European company.

It is therefore critical that Israel, the United States, and their European partners devise a strategy to prevent Iran from abusing the agreement, and that they maintain regional stability. If the escalation scenario ends up playing out, Israel would likely be much less willing to make peace and opt for diplomatic means in the future.

LTC Yochai Guiski (Ret.) is a publishing Expert at The MirYam Institute. He is a twenty-three-year veteran of the Israel Defense Forces. He retired in 2020 as a Lieutenant Colonel after serving in the Israeli Military Intelligence.