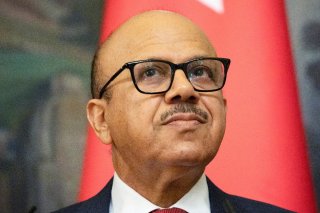 The Kingdom of Bahrain has recommended that its citizens in Lebanon leave the country and return home amid a deepening political crisis between Beirut and the capitals of the Gulf Cooperation Council (GCC).

“The Ministry of Foreign Affairs of the Kingdom of Bahrain has urged all citizens in the Lebanese Republic to leave immediately, following the tense situation there,” read a statement issued by the official state-run Bahrain News Agency.

The statement warned that the crisis could deepen, and urged “extra caution” by Bahrainis living in Lebanon. It also reiterated a previous statement that had urged Bahrainis not already in Lebanon not to travel there.

The statement ominously warned that failure to leave could “expose [Bahraini nationals] to … risks,” and recommended that they leave in order to “ensure their safety.”

Bahrain’s statement comes after a similar declaration issued by the United Arab Emirates, which recommended that its citizens leave Lebanon immediately. Neither statement is legally binding.

The crisis was sparked last week after George Kordahi, a Lebanese television host serving as the country’s Information Minister since September, was revealed to have made comments in August that were highly critical of the Saudi-led intervention in Yemen. Kordahi suggested that the Houthi militants in northern Yemen, who have fought a civil war against the internationally-recognized government of Abdrabbuh Mansour Hadi since 2014, were justified in defending themselves against the Saudi-led coalition that intervened on Hadi’s behalf in 2015. Kordahi described the Saudi intervention as “an external aggression,” and claimed that the war had been “futile” and should be ended immediately.

Although these remarks were made prior to Kordahi’s appointment as Information Minister, the Saudi government demanded his resignation; after Kordahi refused to resign, it severed trade links with Lebanon, expelled the Lebanese ambassador from Riyadh, and recalled its own from Beirut.

Bahrain and the United Arab Emirates, which also took part in the Saudi-led coalition, also withdrew their ambassadors, and the UAE banned its citizens from traveling to the country. Kuwait, which remained neutral in the Yemen conflict, also withdrew its ambassador from Lebanon, although it stopped short of a full embargo.

Qatar, another GCC state that has historically pursued an independent foreign policy, announced that its foreign minister would travel to Beirut in an attempt to resolve the crisis through diplomacy. Qatar had previously been the subject of a blockade from Saudi Arabia, Bahrain, and the United Arab Emirates from mid-2017 until January 2021, over the small peninsular emirate’s alleged ties to Islamist extremist groups.

Saudi officials also justified the blockade on the basis of protection from drug smuggling. In April, Saudi customs officials caught two Lebanese nationals attempting to bring five million pills of methamphetamine into the country, leading to anger over corruption and lax security in the country’s port system.

Riyadh has also expressed concern over the role of the Iran-linked militant group Hezbollah, which maintains both a powerful militia and an influential political party, in the Lebanese government.