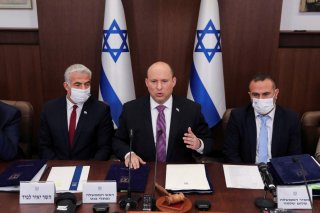 The future of Israel’s broad governing coalition—which includes parties from the left-wing Meretz to the right-wing Yamina—appears uncertain after Israeli Arab lawmaker Ghaida Rinawie Zoabi resigned from the government over its treatment of Palestinians in recent months, including the killing of Palestinian journalist Shireen Abu Akleh, which the Palestinian government has blamed on Israeli security forces.

Zoabi, a member of Meretz, announced her resignation in a letter to Prime Minister Naftali Bennett, who leads Yamina, and Foreign Minister Yair Lapid, who leads the liberal Yesh Atid party and is scheduled to assume the prime ministership in 2023. She claimed that her objections to Bennett’s government came on ideological grounds and suggested that “the leaders of the coalition have chosen to preserve and strengthen its right-wing flank … out of political considerations.”

“I cannot support a coalition that is disgracefully harassing the society I come from,” Zoabi added, referring to violence against Palestinian demonstrators at the Al-Aqsa Mosque and during Akleh’s funeral, during which the procession was interrupted by security forces who struck the pallbearers. Israeli security forces have insisted that they were provoked by Palestinian rock-throwing in both instances.

Zoabi said that she could not support the “hawkish, hard-line and right-wing positions” espoused by Bennett and would immediately join the country’s opposition, giving Bennett’s coalition only fifty-nine votes in the 120-member Knesset. Bennett’s failure to hold a majority—cemented by Zoabi’s defection after the previous departure of Yamina lawmaker Idit Silman in April—could lead the opposition to call a vote of no confidence against him. If he loses the vote, snap elections would be called to elect a new Knesset, Israel’s fifth such election in three years.

Although it is not yet known if a no-confidence vote will be called, several members of the Knesset from Likud, Israel’s main opposition party, praised Zoabi’s choice. Likud lawmaker Shlomo Karhi celebrated the defection, although he characterized Zoabi’s political views as “anti-Zionist,” implying she opposed Israel’s existence.

“We are living in days where anti-Zionists are helping Jews to get rid of the government,” Karhi wrote in Hebrew on Twitter.

Other lawmakers condemned the move. Ibtisam Mara’ana, a member of the country’s center-left Labor Party, warned that Zoabi’s resignation could lead to the restoration of Benjamin Netanyahu, the country’s prime minister from 2009 until 2021 and one of the most divisive politicians in Israel’s eight-decade history.

“Every day this coalition survives is a day where light is victorious over dark,” Mara’ana wrote.