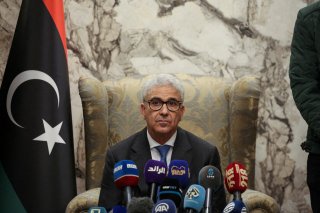 The swearing-in of a new Libyan government yesterday in the eastern city of Tobruk has created another political crisis in the country. With the current Tripoli-based government refusing to give up power, tensions between Libya’s rival governments continue to escalate.

Fathi Bashagha, the Tobruk-based parliament’s choice for prime minister, was inaugurated on Thursday after a parliamentary session voted to appoint him on an interim basis until the country’s next elections. However, the legitimacy of this election has been disputed by Tripoli-based interim prime minister Abdul Hamid Dbeibah, who has vowed to remain in power until new elections are held. Dbeibah’s critics allege that the end of his term was supposed to coincide with the country’s elections in December 2021. However, the elections were ultimately canceled following disagreements about rules that disqualified a number of candidates due to their involvement in the country’s civil war.

Bashagha claimed during his inauguration speech that Dbeibah-affiliated forces had kidnapped three of his newly appointed cabinet ministers and shot at several others traveling to the ceremony. Bashagha insisted that his government would refrain from responding with force. “Some are trying to drag us into war and infighting,” Bashagha said. “But we will not give them such a chance. We will not spill a single drop of blood.”

“We will study all options so that we can take over power in Tripoli by force of the law and not by force,” Bashagha added.

The United Nations, which nominally supports the government in Tripoli, has avoided endorsing either Bashagha’s or Dbeibah’s position, focusing instead on holding nationwide elections as soon as possible. However, a statement released by the office of UN Secretary-General Antonio Guterres indicated that the international organization viewed Bashagha’s election with suspicion, suggesting that the vote had been marred by intimidation and a lack of transparency.

Libya has been engulfed by a multi-sided struggle for power since the killing of longtime dictator Muammar Gaddafi in 2011. The worst phase of the country’s civil war ended in late 2020, but the country remains divided between a western faction, based in Tripoli and supported by Turkey, and an eastern faction, based in Tobruk and supported by Egypt and the United Arab Emirates. As military forces aligned with both governments are present in Tripoli, many observers are concerned that another round of conflict could break out.