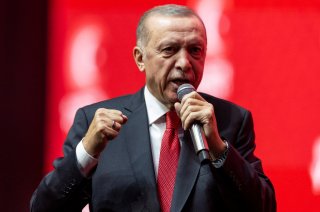 Turkey’s interior ministry announced early on Monday that it had arrested more than forty people suspected of involvement in the bombing of a central street in Istanbul the previous day. The act of terror resulted in six fatalities and at least eighty-one injuries in Turkey’s largest city and cultural capital.

Turkish interior minister Suleyman Soylu indicated in remarks to the Turkish state-run Anadolu news agency that the arrestees included the woman who had “left the bomb that caused the explosion.” Soylu claimed in his statement that she had been a Kurdish secessionist and accused the Workers’ Party of Kurdistan (PKK) of responsibility for the incident, alleging that the order to carry out the bombing “came from Kobani,” a Kurdish-controlled city in northern Syria.

Video footage later broadcast on Turkish television showed the woman leaving a package underneath a flower bed on Istiklal Avenue, a popular pedestrian thoroughfare in Istanbul’s city center. The package detonated at roughly 4:15 pm and video footage of the blast posted to social media showed it exploding, injuring nearby bystanders and leading hundreds of people to flee the area. Additional footage recorded after the incident showed Turkish police and emergency workers helping to provide medical attention to those wounded in the attack. All six of the fatalities were Turkish citizens, according to local sources.

Turkey has been targeted with extremist violence from both Kurdish secessionists in the south and east and by Islamist terror groups, particularly the Islamic State (ISIS), which formerly controlled large sections of the country’s southern border with Syria. However, the Turkish government has long regarded leftist Kurdish secessionists as its primary terror concern—most notably the PKK, which has fought an armed insurgency against Ankara for nearly four decades. An offshoot of the PKK claimed responsibility for a terror attack outside a soccer stadium in Istanbul in late 2016 that killed thirty-eight people and injured more than 100.

Turkish president Recep Tayyip Erdogan fiercely condemned the attack in a statement on Sunday afternoon, describing it as “treacherous” and vowing that the Turkish government would bring those responsible to justice.

“Relevant units of our state are carrying out works to find out the perpetrators of this heinous act as well as the circles behind it,” he said. “Attempts to make Turkey and the Turkish nation surrender through terror never have, and never will, succeed.”

However, Soylu rejected the gesture. “We do not accept the U.S. embassy’s message of condolences,” he said, referencing U.S. support for Kurdish groups inside Syria during the country’s ongoing civil war. During the anti-ISIS campaign, the United States cooperated extensively with the Syrian Democratic Forces (SDF) which Ankara considers to be an offshoot of the PKK.