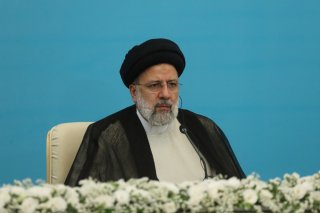 U.S. special envoy for Iran Rob Malley claimed on Monday that the U.S. government was focused on offering support to Iran’s ongoing pro-democracy protest movement, dismissing the ongoing negotiations with Iranian diplomats over the future of the JCPOA nuclear agreement as a “waste [of] time” and speculating that “nothing’s going to happen.”

Malley delivered his remarks at a Carnegie Endowment for International Peace online event, emphasizing that the United States would continue to pursue diplomacy with Iran and that the Biden administration remained committed to curbing Iran’s uranium enrichment in exchange for sanctions relief, the critical bargain at the heart of the JCPOA. Although the U.S. envoy noted that negotiations would continue, he suggested that Washington had largely lost interest in the negotiations amid recent developments in Iran, notably the sale of drones to Russia for use in Ukraine and the outbreak of a nationwide protest movement within the country after the death of twenty-two-year-old Mahsa Amini at the hands of the Iranian morality police.

Malley insisted that negotiations had mostly failed due to months of Iranian intransigence. Talks between Washington and Tehran have continued since late 2021 after both Biden and Iranian leader Ebrahim Raisi expressed an interest in renewing the agreement. However, the two sides reached an impasse over several key measures, most notably the issue of whether or not to delist the Islamic Revolutionary Guard Corps (IRGC) from the U.S. state sponsors of terror list.

“Several times we came very close [to a deal],” Malley said. “[But] each time we came close, Iran came up with one new extraneous demand that derailed the talks. That’s where we were [in] late August, early September, and there has been no movement since then. ... Nothing’s happening on the nuclear deal, so we’re not going to … waste our time on it, if nothing’s going to happen.” Instead, the envoy claimed that the Biden administration would “spend our time where we can be useful”—supporting the ongoing protest movement and attempting to prevent the transfer of Iranian drones to Russian forces in Ukraine.

Although he acknowledged that further diplomacy with Iran was likely to be fruitless, Malley repeated that Iran would not be allowed to develop a nuclear weapon, claiming that Washington was “keeping very much all options on the table” and warning that Biden could use “a military option … in last resort” to prevent Iran from achieving a nuclear capability.