$400 Tax Rebate Heading Out to Millions of Coloradans This Summer 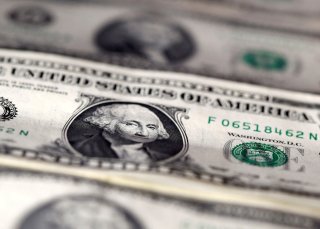 Stimulus checks may be long gone at the federal level, but states are continuing to step up to help out their residents in this high-inflationary environment.

Colorado is only the latest to join that list. As reported by KKTV in Colorado Springs, Colorado, earlier this week, Gov. Jared Polis and the state's legislature proposed the Colorado Cashback program, which will provide eligible residents with a $400 payment later this summer.

“People are paying more for everyday items like gas, groceries, and rent through no fault of their own,” Polis said in a statement. “Instead of the government sitting on money that Coloradans earned, we want to give everyone cash back as quickly and easily as possible to provide immediate relief and empower people to do what they want to with their money,” he continued.

According to the announcement, full-time state residents who file their 2021 tax returns by May 31 will be in line to receive an automatic $400 refund, or $800 for joint filers. The money is expected to be mailed out in August and September.

“Refunding $400 or $800 now to every taxpayer in our state will immediately help workers and middle-class families who are feeling the rising costs of everyday items,” noted Majority Leader Daneya Esgar (D-Pueblo). “People are working harder and harder to earn enough money to pay for what they need. We recognize this, and we are taking action by making our tax code more fair. Putting your money back in your pocket will help all areas of the state, including rural Colorado, and those communities who are still struggling to recover,” she added.

Similar to Colorado, several other states have proposed their own version of stimulus checks to tackle the red-hot inflationary pressures seen across the nation.

For example, in Pennsylvania, Gov. Tom Wolf is trying to orchestrate the disbursement of up to $2,000 for state families with an income of $80,000 or less. “The cost of everything from gas to groceries is rising, and for Pennsylvanians living paycheck to paycheck that can mean painful decisions,” Wolf said in a release.

Meanwhile, in Minnesota, Gov. Tim Walz is calling for direct payments in the amount of $500 for single tax filers who earn less than $164,400 and $1,000 for couples who earn less than $273,470. “With a historic surplus, we have an opportunity to provide direct relief to Minnesotans and invest in the future of our state,” Walz said in a statement.

Lastly, in California, Gov. Gavin Newsom is pushing for a $400 tax refund in the form of a debit card. The refunds would include $400 for each registered vehicle, up to two, that a state resident owns—meaning that eligible individuals could potentially receive up to $800 in total from the state to help offset high gas prices.