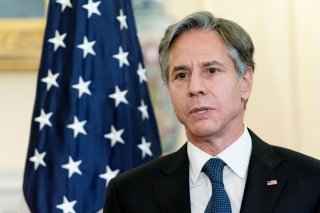 Secretary of State Antony Blinken testified to the House Foreign Affairs Committee on Monday, providing the committee with information on the U.S. withdrawal from Afghanistan and the Biden administration’s position on the chaotic fall of the U.S.-supported government and subsequent U.S. evacuation.

According to the Secretary of State, around 100 American citizens continue to seek evacuation from the country, although he cautioned that that number was “a picture that will continue to change over time.” Blinken also noted that “several thousand” Afghans held U.S. green cards that would legally allow them to immigrate, although it is uncertain if the Taliban would allow them to leave.

Blinken acknowledged that the Biden administration had been caught off-guard by the overnight collapse of the government, noting that “even the most pessimistic assessments did not predict that government forces in Kabul would collapse while U.S. forces remained.” The secretary also acknowledged that the United States had made significant mistakes during the evacuation, including missteps that led to the names and biometric data of some U.S.-employed Afghans falling into the hands of the Taliban.

Despite this, Blinken defended the government’s handling of the withdrawal, citing the State Department’s efforts to evacuate Americans and at-risk Afghans from the country quickly before the Taliban could secure them. The secretary criticized the Trump administration for signing a February 2020 peace agreement with the Taliban which obliged the U.S. to withdraw from the country by May 2021.

Appearing via video conference, Blinken was the subject of attacks for the U.S. government’s actions from both Republicans and Democrats, many of whom supported the U.S. withdrawal in principle but harshly criticized the Biden administration’s handling of the situation. Some Republicans were more pronounced in their opposition to the withdrawal, with Rep. Michael McCaul (R-TX), the ranking Republican, describing it as an “unmitigated disaster of epic proportions.” Separately, two other Republican committee members, Reps. Joe Wilson (R-SC) and Lee Zeldin (R-NY), told Blinken that he should resign.

Blinken’s harshest criticism came from Rep. Brian Mast (R-FL), who accused him of lying in government reports and highlighted a phone call between Biden and former Afghan President Ashraf Ghani in which Biden appeared to ask Ghani to downplay the danger posed by the Taliban.

Mast, an Afghanistan combat veteran and double amputee, also read the names and showed pictures of the thirteen U.S. service members who were killed in the Islamic State-Khorasan’s suicide bombing at the Kabul airport.