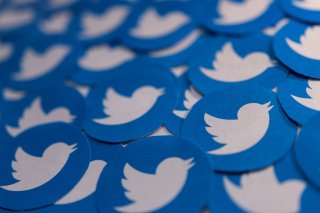 Twitter announced Thursday that it is testing a new type of tweet called “co-tweet,” which can come from multiple accounts simultaneously.

“Share the spotlight and engage with new audiences,” Twitter said of the new concept. “Select accounts in the US, Canada, and Korea can now send invites to CoTweet! This experiment will run for a limited time.”

The Verge reported more about the new Twitter idea.

“We’re continuing to explore new ways for people to collaborate on Twitter,” Twitter spokesperson Joseph J. Nuñez said in a statement to The Verge. “We’re testing CoTweets for a limited time to learn how people and brands may use this feature to grow and reach new audiences, and strengthen their collaborations with other accounts.”

Instagram offers a similar feature and has since last year.

This change has nothing to do with the proposed acquisition of Twitter by Elon Musk. Things have been quiet on the Twitter-Musk front recently, with Musk repeatedly making news for other things, most recently his latest paternity news.

Amid the fight between Musk and Twitter’s current leadership over its number of spam and fake accounts, Twitter revealed this week what the company is doing about the spam problem.

Per The Guardian, the company now suspends about a million accounts per day. That’s double what the company said was the number two months ago.

“We suspend over half a million spam accounts every day, usually before any of you even see them on Twitter. We also lock millions of accounts each week that we suspect may be spam – if they can’t pass human verification challenges (captchas, phone verification, etc),” CEO Parag Agrawal tweeted back in May.

Musk has publicly expressed doubt about whether Twitter’s long-claimed figure of 5 percent of its accounts being spam is accurate and has threatened to scuttle the deal over that question. Earlier this spring, Twitter gave Musk access to its “hose” of daily content.

As reported by Fox News, journalist Alex Berenson has returned to Twitter, after his account had been permanently ejected in August of 2021. Berenson is a former New York Times reporter known for offering a contrarian take on issues related to the Covid-19 pandemic.

Berenson, who sued Twitter after he was banned, said on his Substack account that he had reached a settlement with the company.

“The parties have come to a mutually acceptable resolution. I have been reinstated. Twitter has acknowledged that my tweets should have not led to my suspension at that time.”