Higher Rates and Inflation: Is a Devastating Recession on the Horizon? 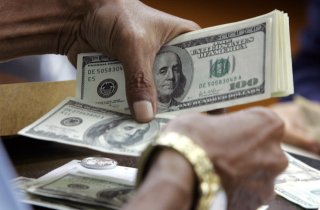 Economists both here and abroad are predicting that a global recession is not imminent, but people should still brace for higher costs and meager growth.

“There will be no sudden ‘after’ of stagflation,” Simon Baptist, global chief economist at the Economist Intelligence Unit, referring to a surprise recession after a period of stagflation, told CNBC. He further stated that stagflation—which is marked by low growth and high inflation—will continue to pose economic problems “for at least the next twelve months.”

“Commodity prices will start to ease from next quarter but will remain permanently higher than before the war in Ukraine for the simple reason that Russian supplies of many commodities will be permanently reduced,” he continued.

Meanwhile, as reported by Fortune, some economists are becoming more confident in their call that the United States will eventually be tipped into a recession.

During a recent interview on Bloomberg Wealth with David Rubenstein, Soros Fund Management CEO and CIO Dawn Fitzpatrick admitted that inflation and fast-rising interest rates are making a recession “inevitable.” However, she also pointed out that “the consumer right here is in extraordinarily good shape.”

“When you look at what markets are pricing here, they’re pricing [a recession] fairly soon, in the 2023 context depending on which asset classes you’re looking at. I actually think markets might be wrong,” she continued, adding that the strength of the U.S. consumer could, in the end, be enough to reverse such bleak recession scenarios.

Her comments come as a recent survey conducted by the Conference Board revealed that nearly 70 percent of CEOs now believe that the Federal Reserve’s aggressive actions to tame inflation that has reached a four-decade high will bring about a recession.

“CEO confidence weakened further in the second quarter, as executives contended with rising prices and supply chain challenges, which the war in Ukraine and renewed COVID restrictions in China exacerbated,” Dana Peterson, the Conference Board's chief economist, said in a release.

“Expectations for future conditions were also bleak, with 60 percent of executives anticipating the economy will worsen over the next six months—a marked rise from the 23 percent who held that view last quarter,” she continued.

However, per Yahoo Finance, Goldman Sachs, which had previously estimated that there was a 35-percent chance of a recession within two years, is now contending that a recession is not inevitable.

“While our growth forecast has long been below consensus, we believe fears of declining economic activity this year will prove overblown unless new negative shocks materialize,” Goldman Sachs’ Chief Economist Jan Hatzius wrote in a note to clients.

“Despite the market narrative of declining business activity and sharply lower management confidence, the activity measures of the surveys available for April and May indicate a deceleration rather than a collapse,” he concluded.