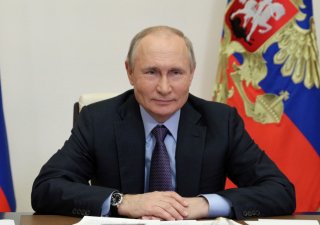 One day before the 2022 midterm elections in the United States, Russian oligarch Yevgeny Prigozhin, the owner of a catering company associated with Russian leader Vladimir Putin and the founder of the Wagner Group private mercenary company, admitted to having interfered in previous U.S. elections and vowed to continue doing so.

“We have interfered, we are interfering, and we will continue to interfere [in U.S. elections],” Prigozhin wrote in a statement posted to the press agency of his Concord catering service. The oligarch added that the relevant groups would do so “carefully, accurately, surgically, and in our own way, as we know how to do.” Prigozhin compared his job to that of a surgeon, describing Russian attempts to undermine American democracy as “pinpoint operations,” adding, “We will remove both kidneys and the liver at once.”

The question of Russian interference in American elections has remained a contentious topic since 2016, when then-losing presidential candidate Hillary Clinton alleged that Russian support had been critical for the electoral victory of her opponent Donald Trump. The allegations of Russian support for the Trump campaign culminated in the report of former FBI director Robert Mueller, who concluded that Russia had intervened on Trump’s behalf but Trump had not colluded with Moscow. Although the document clearly indicated that several Russian groups, including the Prigozhin-linked Internet Research Agency, had attempted to sway the election in Trump’s favor, Trump and other right-wing commentators described the report as a total exoneration of the former president, and thereafter referred to assertions that Russia had interfered in the 2016 election as a “hoax.”

Although Prigozhin has traditionally operated outside of the public eye in Russia, he has grown more prominent in the wake of Russia’s invasion of Ukraine, which he has enthusiastically supported. After years of denial, he admitted to founding the Wagner Group in September, and has since expanded the group’s public profile in Russia, including through the creation of a defense technology center in Saint Petersburg, Russia’s second-largest city.

Prigozhin is the subject of U.S. and European Union sanctions in relation to his role as the head of the Wagner Group, and the U.S. State Department has pursued further information on his role in election interference.