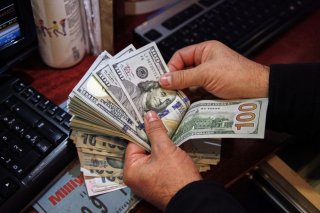 As millions of cash-strapped, pandemic-weary Americans already know, it has been roughly a year since the American Rescue Plan funded the third and final round of stimulus checks.

Throughout the past twelve months, there have been plenty of calls via letters, petitions, and interviews among Washington lawmakers and ordinary citizens for more government-issued direct payments. But in most cases, the White House and Congress have responded with silence.

Although the idea of a fourth stimulus check never has been taken off the table entirely, a more realistic path toward more direct payments—monthly at that—could come from resurrecting a popular program that ended when the calendar flipped to the new year.

That, of course, is the enhanced child tax credit, which from July to December provided eligible parents as much as $3,600 for a child under the age of six and up to $3,000 for children between ages six and seventeen. This amounted to a $250 or a $300 payment for each child that was issued to parents each month. These eligible households are now entitled to the second half of the tax credit money when they file a federal tax return this year.

For the enhanced credits to continue for another year, Democrats needed the passage of the highly contentious Build Back Better legislation, which has not happened largely due to opposition from Sen. Joe Manchin (D-WV). The holdout senator has long contended that extending the credits would only discourage people from working and that any additional federal spending would only further exacerbate the currently seen inflationary pressures.

Meanwhile, likely in an effort to garner more bipartisan support, Sen. Mitt Romney (R-Utah) has proposed a monthly cash benefit program that has work requirements attached to the payments. Known as the Family Security Act, it aims to give eligible families with children up to five years of age $350 per child and families with children aged five to seventeen $250 per child.

However, as reported by CNBC, Elaine Maag, a senior fellow at the Urban-Brookings Tax Policy Center, contended that an important question that needs to be asked is whether these credits are intended for adults or for their children. “If they are truly intended for children, then the work requirement makes less sense,” she told the news outlet.

On HealthAffairs.org, Maag touched on how tax credits can directly influence a child’s home environment and future years. “Research has shown that the Earned Income Tax Credit reduces the risk for low birth weight, likely by enabling families to seek better insurance coverage, decreasing risky behaviors such as smoking and increasing prenatal care. Increasing income through tax credits has also been shown to improve home environments, nutrition, and educational and economic attainment,” she writes.

“A study that looked at the combination of the Earned Income Tax Credit and Child Tax Credit showed that an increase in tax credits led to a substantial increase in academic test scores. This increase improved the probability that a student would attend college, which is likely to result in them achieving higher lifetime earnings,” she continues.