Britain's Vanguard-Class Nuclear Submarines Are Among the World's Best 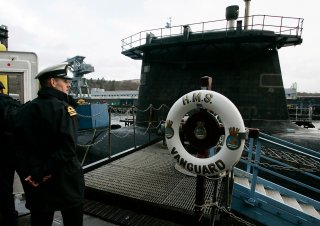 Here's What You Need to Remember: The Vanguard-class is due to be retired by the late 2020s or early 2030s by the newer Dreadnought-class, though the Trident missile system will be carried over to the Dreadnoughts, remaining in service till the 2060s or even later.