Can China's People Liberation Army Fight in the Mountains? 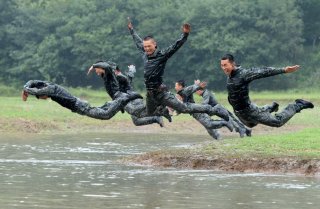 Here's What You Need To Remember: Does China have anything like the U.S. Chinook helicopter, which is able to airdrop mobile artillery or rocket launcher systems? Maybe not. That is a potential problem for a Chinese force that might have few options when it comes to deploying this kind of land firepower at mountainous altitudes greater than five thousand feet.