Can You Kill a Stealth Fighter? These 5 Countermeasures Will Help 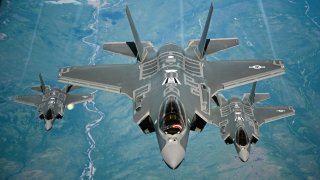 Here's What You Need to Remember: Stealth fighters are powerful weapons, but they are not invincible.