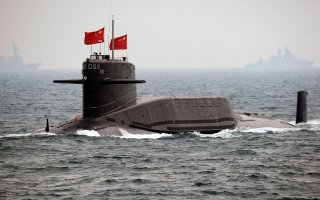 Key Point: The PLAN is now giving new priority to the undersea realm.

A third mission area is said to be specifically concerned with rising tensions in the South China Sea area. Here, it is asserted that U.S. forces under the “excuse [借口]” of freedom of navigation patrols are actually threatening China’s strategic submarine bastion.  Noting that that PLA surface forces have other priorities, such as training missions, it is also observed that these UUVs are particularly well suited for the ISR challenge in the South China Sea, since they are mostly impervious to weather (at least when fully submerged). They will have the long-endurance patrol capabilities to provide intelligence on adversary movements near Beijing’s reef bases in the South China Seas. Warning against enemy frogman activity, in addition to offensive and defensive mine warfare, are also missions mentioned in this context.

Lyle J. Goldstein is Research Professor in the China Maritime Studies Institute (CMSI) at the United States Naval War College in Newport, RI. In addition to Chinese, he also speaks Russian and he is also an affiliate of the new Russia Maritime Studies Institute (RMSI) at Naval War College. You can reach him at [email protected]. The opinions in his columns are entirely his own and do not reflect the official assessments of the U.S. Navy or any other agency of the U.S. government. This article first appeared earlier this year and is reprinted due to reader interest.