Is China Ready to Fight a War in Its Western Mountains? 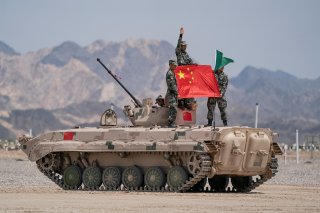 Here's What You Need to Know: Despite recent demonstrations, China may lack the logistical ability to deploy large numbers of troops in mountainous regions. A lack of capability from heavy lift helicopters is one factor.