China's Aircraft Carriers Are About to Get Much More Dangerous 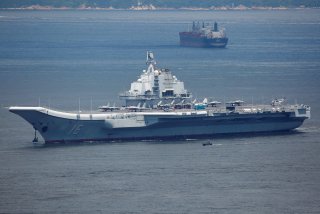 Here's What You Need To Remember: Chinese radar has been steadily improving, and once the KJ-600s are mounted, their radar coverage will extend anywhere the aircraft carrier goes.

Sébastien Roblin holds a master’s degree in Conflict Resolution from Georgetown University and served as a university instructor for the Peace Corps in China. He has also worked in education, editing, and refugee resettlement in France and the United States. He currently writes on security and military history for War Is Boring. This article first appeared in 2019.