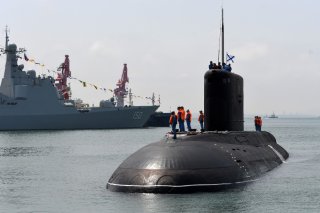 Here's What to Remember: One of the most striking features of China’s first large UUV to be publicly revealed are the two very distinctive sensor masts.