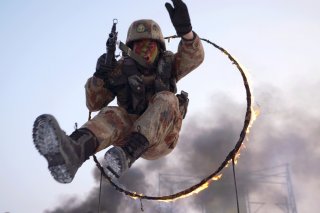 Here's What You Need To Remember: However, the effectiveness of the new weapons and their live-fire exercises may ultimately be of little consequence, given that China may lack the means to successfully transport the assets at high altitudes and achieve the needed combat maneuver capacity.