Could China Sink a U.S. Aircraft Carrier? Not If the Navy Has Its Way 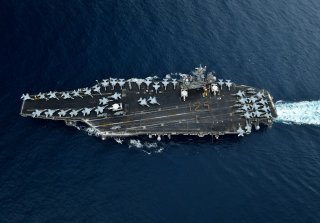 Here's What You Need to Remember: Successful intercept of 900-nautical mile anti-ship missiles may prove to be less pressing with the arrival of the carrier-launched MQ-25 Stingray refueler which, at very least, promises to nearly double the attack range of deck-launched fighters such as the F-35C and F/A-18 Super Hornet.

This first appeared last month and is being republished due to reader interest.