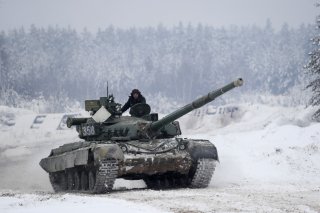 Here's What You Need to Remember:  Instead, the Kremlin’s statements and pattern of behavior are more consistent with coercive intent. The Kremlin has repeatedly suggested that Kiev could be planning a full-scale offensive to take back the separatist regions of Donetsk and Luhansk, an outcome that the Putin administration said it will not abide.