Deceiving: North Korea's Military Is Worse Than It Looks 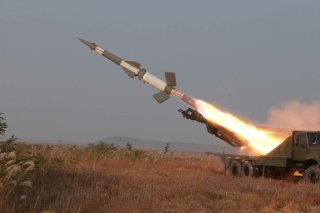 Here's What You Need to Remember: The KPA’s decrepit state follows a similarly grim pattern to that of North Korea’s moribund air force and obsolete parts of its navy. By widespread expert consensus, the DPRK stands to lose decisively in a contemporary conventional war with the ROK.

This article first appeared in 2020 and is being reprinted for reader interest.