Drone Ships Could Help the Navy’s Overcome Its Growing Pains 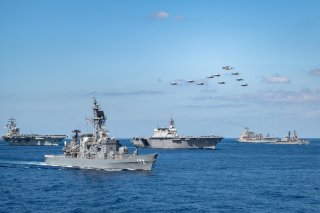 Here's What You Need to Remember: Esper did say the 500 warships will include manned and unmanned systems, so it may be that both the Trump and Biden administrations will seek to optimize the latest in artificial intelligence, autonomy and drone boats to expand considerably to a larger fleet. In the end, this may mean both administrations ultimately do something quite similar.