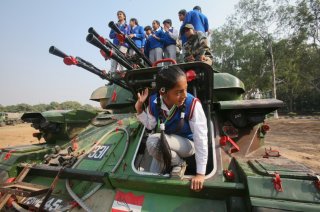 Here's What You Need to Remember: According to a Request for Information form, India's primary and secondary armaments should be compatible with modern “smart munitions” and anti-tank guided missiles. The guidelines prefer but do not require amphibious warfare capabilities. The RFI’s other requirements are fairly standard for modern advanced tanks, including a robust electronic countermeasures toolkit and hybrid navigation systems.  The Indian Army is looking to procure hundreds of “light” tanks, according to a recently issued request for information (RFI) form.

Mark Episkopos is a national security reporter for the National Interest. This article is beingr eprinted due to reader interest.