Iran Retrofitted an Old Helicopter for Inflight Refueling—but Why? 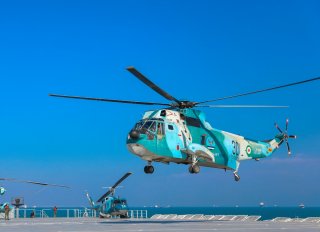 Here’s What You Need to Remember: That means one of two things. One—Tehran added a refueling probe to an RH-53D for experimental or even propaganda purposes and does not intend to deploy it operationally. Or two—Iran is also working on a new tanker probably based on the C-130.