Iran Has One of the World's Most Bizarre Air Forces 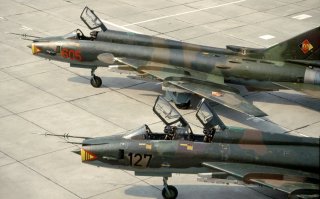