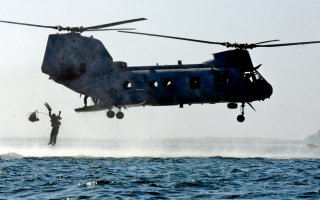 Here's What You Need to Know: The wisdom of densely concentrated American forces on bases in China’s backyard is increasingly in question.

Berger’s comments were delivered as part of the annual Modern Day Marine event, an annual conference for Marines, media and defense industry experts that showcases what is in store for the Corps in the future. This year’s edition was held virtually due to the ongoing global pandemic.