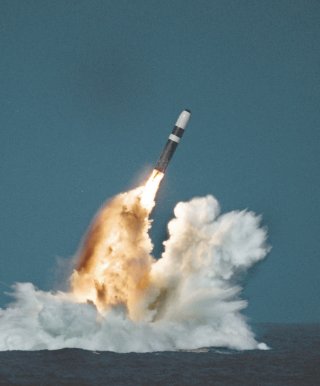 Here's What You Need to Know: With the policy fight resolved in the weapon’s favor in Congress, the new warheads should soon enter service on Ohio-class submarines if they have not already, giving them a new tactical nuclear capability along with their established strategic nuclear mission.

In the 1950s, it was initially assumed that small nuclear weapons would liberally—even routinely—be employed in future battlefields. However, when their use was simulated in NATO’s aptly named Carte Blanche wargame in 1955, the results were horrifying.

At best, the “small” nukes were used in such large numbers that Europe has left a devastated, irradiated wasteland. Worse, the fighting could cause both sides to escalate to large-scale strategic nukes.