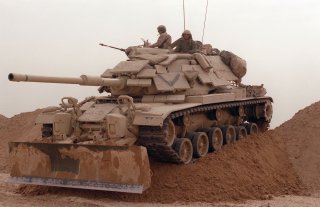 Key Point: These tanks were a stopgap before the introduction of the M1 Abrams. But when called for duty, they did their job and rushed Saddam's forces.